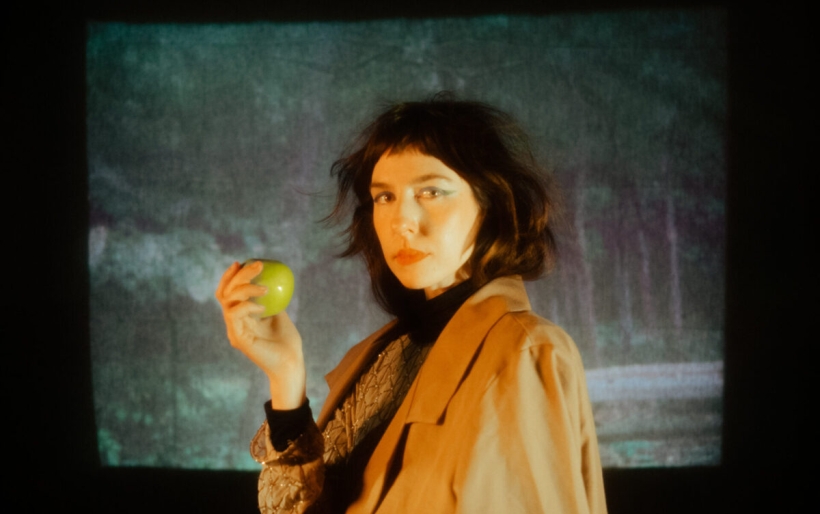 Kristine Leschper | by Tyler Borchardt | courtesy of the artist

Kristine Leschper is officially hanging up her sad girl hat. While she has spent the past 8 years releasing emotive and atmospheric indie under the moniker Mothers, the Philly-based artist’s new single, “Figure And I” is the final nail in the coffin for her teary-eyed experimental phase.

Bare-bones in a different way, Leschper uses handclaps to create a rudimentary rhythm that serves as the track’s heartbeat. The song prompts a physical response, and whether it’s dancing or clapping along, it seems like you’re missing out on part of the experience if you just sit there. The song feels simultaneously primal and strangely futuristic. Incorporating everything from woodwinds to 12 different forms of percussion into the mix, Leschper blends the ridiculously sophisticated with the surprisingly simple.

“For the first time, I used my hands to clap out a rhythm that spoke to me. I don’t have much experience with percussion, so I was thrilled by the ease and accessibility of using hands as an instrument,” says Leschper in a press release. “It’s such a long-standing and fundamental way of making sound in folk traditions around the world, and to use it makes me feel rooted in a deeper sense of time. As a poet, too, I hold an enthusiasm for the symbolism of hands, as a symbol of work, of community or offering, or holding and being held.”

Leschper released a mesmerizing music video to accompany the track directed by Lynne Sachs. Sachs cites the ‘The New Woman Behind the Camera’ exhibition at The Metropolitan Museum of Art in New York City as her main source of inspiration for the video. Two photographers, in particular, guided her interpretation of the “physicality and intimacy” of the song, she said. Following the exhibit, she asked her friend Kim Wilberforce to star in the video and interpret the song through her bright wardrobe and clapping gestures. The result is a kaleidoscope of vivid colors and lively movements that feels like a celebration of this new phase in Leschper’s life.

You can stream the video below, and explore Leschper’s work — including her other solo songs, her music in Mothers, and her work in other artistic mediums — at her website.