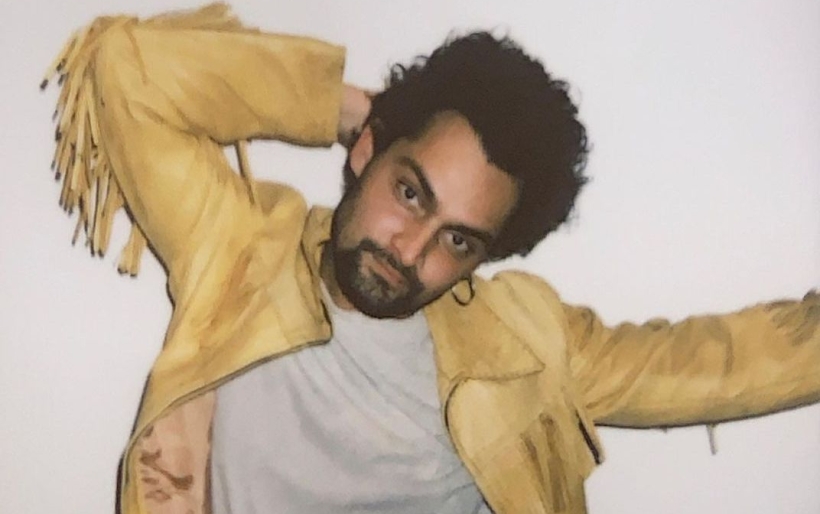 Philly indie rocker Ali Awan is the most recent performer to debut a session on Small Songs, a session series directed by Cole Mitchek that features artists from all over the world. For his short episode, Awan performed “Sticky Sneakers” off 2021’s EP Moon Mode out now via Born Losers Records. The setting is an old staircase below a busy street, where lucky passersby got a free glimpse of the show.

“Sticky Sneakers” indicates an evolution in Ali Awan’s sound from jangly folk-rock to hazy psych. As always though, Awan’s lyrics carry timeless proverbs in his own language. Much like Bob Dylan, Awan speaks for the underdog of society — and plays a mean harmonica. But there’s levity to “Sticky Sneakers.” They’re sticky because the narrator spilled melting ice cream on them.

Just this year, Small Songs released episodes from Nashville, Baltimore, New York City, and Lima, Peru. It seems Mitchek was particularly captivated by our city, however; in addition to releasing Awan’s session he also filmed a short documentary that captured the beauty of walking through Philadelphia streets in spring’s early bloom. All Small Songs videos can be found on Instagram.

Watch Ali Awan perform “Sticky Sneakers” at the Instagram link below. The band is on tour this fall, with a November 4th date at Underground Arts opening for Wheelwright. Tickets can be found at the XPN Concert Calendar.