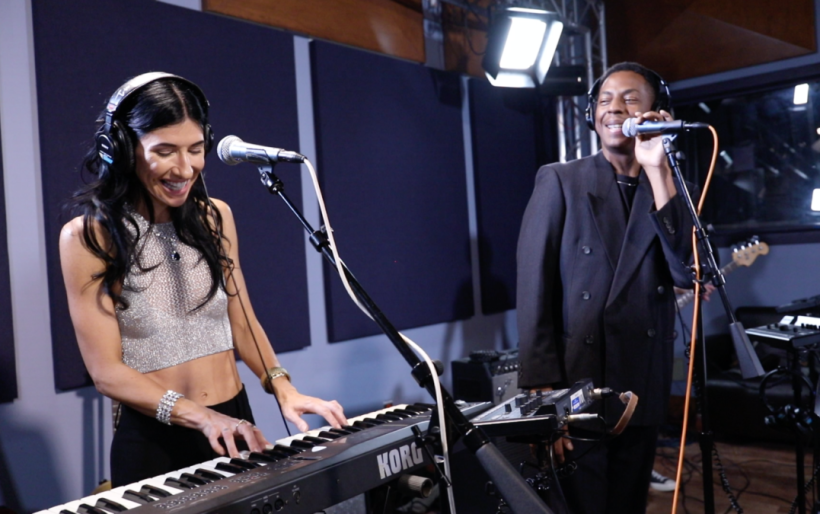 This week marks the formal return of The Key Studio Sessions here at XPN, and for the occasion, we’re going to travel back almost two years, to the autumn of 2019, not long before the world as we knew it changed.

It was something of a dream recording session starring Amanda Blank, the charismatic rapper, singer and songwriter from Philadelphia who was just starting to re-emerge on the scene with her first solo music since the new-Philly classic I Love You dropped on Downtown Records in 2009.

Blank was embraced in those early days not just for her outrageous persona on both the stage and in the club, but for her verbal dexterity, sharp wit, excellent taste — her proto-dubstep cover of Vanity 6’s “Make Up” remains a fave — and most importantly for her attitude. Amanda Blank’s ideology was essentially “Leave Philly Alone” and “No one likes us, we don’t care” years before those were slogans on t-shirts at sporting events. But her music was also deeply sensitive, and the new crop of songs she was slowly rolling out circa 2019 kept that same balance, but with a markedly different aesthetic.

A low-key Johnny Brenda’s headliner in May of 2019 put Blank back on my radar; it was a warmup of sorts for a fall tour with her old friend Santigold, and her new songs set down the drum machines and synth backings in favor of a rock band configuration with a mild Amy Winehouse vibe: my take at the time was “2019 Amanda Blank plays a Les Paul with a Dark Side of the Moon strap and sings love songs / anti love songs that are fun and funny and full of life. She also still works a crowd like nobody’s damn business.”

That autumn, we got that band — guitarist Steven Haslam, bassist Rick Mitchell and drummer Phil Schorn — in the studio, with a surprise: Blank’s longtime BFF Naeem, aka Naeem Juwan aka Spank Rock, who rocked stages side-by-side with her in their formative years and who joined her at this studio session to duet on an absolutely dynamite new song called “Stranger.” His voice trembles with emotion, and then soars into the clouds, intertwined with Blank’s warm harmonies as they sing about the depth of personal connections. The band crescendos, the singers groove, and as the last notes ring, Spank and Blank share a hi-five. It’s a wholesome moment that only can come from the bond shared by two artists with a lifetime of friendship between them.

The session also featured a piercing acoustic ballad called “Love You Again,” and a pummeling rocker called “Head Above Water,” all songs from Blank’s long-in-the-works new project The Ruiner — we got a music video last year for its song “Oh Man,” which is very worth a watch. Blank described it as a set of songs embodying her PJ Harvey dreams, and we are totally here for it; watch video from Amanda Blank’s Key Studio Session below, and follow her on IG at @littleamandablank.