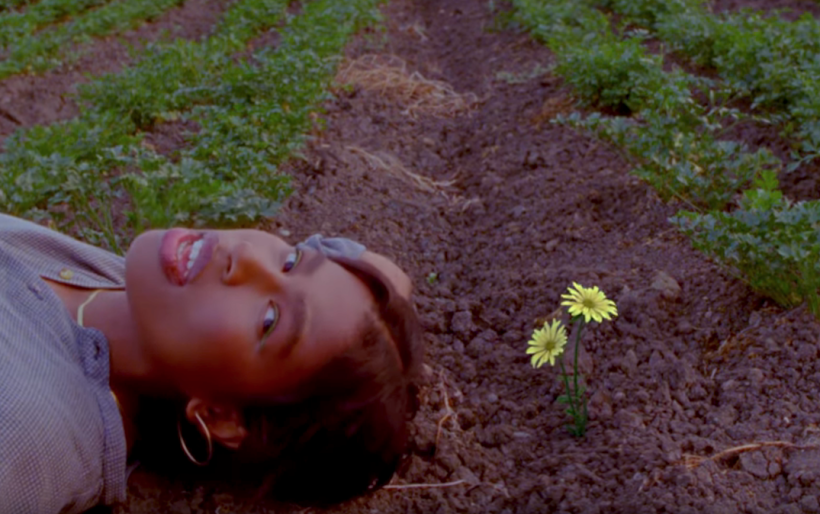 Philly-rooted singer songwriter Orion Sun released new single “Concrete” today, along with a stunningly colorful music video with an analog aesthetic. The single is the first new song released by Orion Sun since 2020’s Hold Space for Me and features collaborator and producer Rostam Batmanglij (formerly of Vampire Weekend).

The video shows Orion Sun walking through a farm during the fading blue hour of twilight as the plants grow and flowers bloom in hyper-speed around her. The video’s enchanting setting perfectly visualizes what Orion Sun says the song is about: growing and developing as an individual through a connection to nature and one’s family heritage.

“I stand in my truth when I am one with nature so much so that I am able to stand in my truth outside of it as well,” she says in a press release. “When I think of nature and the earth as a whole I think of my ancestors. My lineage is long, filled with strength and knowledge, overflowing with resilience and beauty.”

Orion Sun has no tour dates on the horizon, but hopefully this new single means they’ll be playing out soon. Fans who caught Orion Sun at The Foundry’s sold-out show in September, count yourself lucky. Watch below to see the music video for “Concrete” out via Mom+Pop Records.