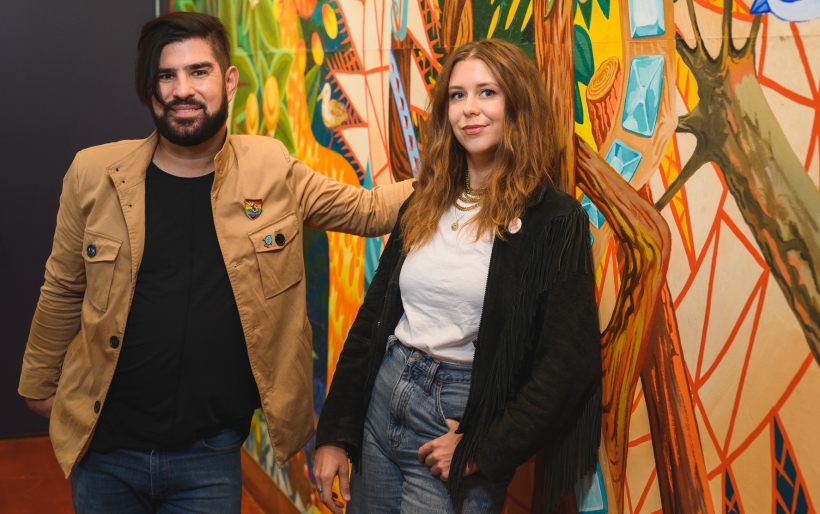 To commemorate the milestone, this week World Cafe launched its “30 Over 30” (30 years over 30 weeks) series of special programming features that highlight its rich history as a trusted music guide. The highly regarded World Cafe is a dynamic, carefully crafted platform for musical discovery without genre boundaries.

“For 30 years, listeners have relied on World Cafe’s deeply human curation to explore content that continually broadens and heightens their music knowledge and enjoyment,” said Bruce Warren, Executive Producer. “Over the next 30 weeks, we’ll present ‘deep cuts’ from World Cafe archives – some of the best moments from the last 30 years – along with what we think is happening now, and next.”

Warren has been with World Cafe since its inception, when public radio station WXPN/Philadelphia leveraged its programming expertise and a grant from the Corporation for Public Broadcasting to design a national program that would attract younger listeners to public radio. Initially distributed by PRI (Public Radio International) to five affiliates, it was carried by approximately 50 radio stations by the end of 1992. NPR began distributing it in 2005, and today World Cafe is carried by 267 radio stations across the US. Combining terrestrial reach with online streaming, podcasts, on-demand archives, and video content, more than a million music fans engage with World Cafe content each month.

“As a crucial part of NPR Music’s programming, World Cafe has introduced its loyal audiences in an integrated manner to talented new and legendary musicians, with exclusive interviews, brilliant performances, powerful conversations and special features,” says Director of NPR Music Keith Jenkins. “World Cafe celebrates its 30th anniversary by offering to remember its great past as it looks forward to the next 30 years with its listeners.”

Artists have seen their profiles and careers elevated due to being featured on World Cafe, and many credits the show with supporting them over the years, as well as breaking numerous songs. World Cafe maintains music bureaus in Philadelphia, Nashville and New Orleans, and has issued more than 40 Live at World Cafe CDs and two World Cafe books. The show’s attraction is also reflected in the popular Philadelphia concert venue World Cafe Live, which shares a building with WXPN and licenses the name. Listeners can enjoy World Cafe and its “30 Over 30” special programming on public radio stations nationwide, and online at https://www.npr.org/sections/world-cafe/. Twitter & Instagram @ WorldCafe Facebook.com/WorldCafe

As Heard on World Cafe
Starting with 1991, a chronological review of the new music showcased on World Cafe through the years will be featured in this weekly on-air segment that honors the program’s role as national tastemaker in contemporary music, complete with a compatible streaming playlist. Featured will be Bruce Cockburn, Bonnie Raitt, Richard Thompson, Massive Attack, Primal Scream, R.E.M., Saint Etienne, Teenage Fanclub, Buddy Guy, Loreena McKennitt and more.

First Timers
World Cafe has long been an advocate of many artists at the earliest part of their careers, who then went on to mainstream success. This weekly playback of an archived session features the first appearance of an artist who has appeared many times on the show through the years, including Beck, Norah Jones, Sheryl Crow, Coldplay, Adele, The Black Keys, The Alabama Shakes, Lizzo, John Mayer, and others.

Special of The Day
Each weekday, we’ll serve up a digital daily special of archived content combined in such unique categories as “Before They Were Big,” “Multi-Timers,” “Bands That Broke Up” and more.

30 Under 30
With a nod to the future and the continued influence of World Cafe in bringing artists to national attention, we’ll highlight 30 professionals involved in various aspects of making music – musicians, engineers, producers, songwriters and more – who are bringing new and exciting energy to the musical landscape. These include Arlo Parks, Shamir, Sarah Jarosz, Billy Strings, Joy Oladokun, Ondara, Christone “Kingfish” Ingram, Maggie Rogers, and others.

WXPN, the nationally recognized leader in Triple A radio and the premier guide for discovering new and significant artists in rock, blues, roots, and folk, is the non-commercial, member-supported, public radio service of the University of Pennsylvania. WXPN produces World Cafe, public radio’s most popular program of popular music that is distributed by NPR to more than 260 U.S. radio stations, and the Peabody Award-winning Kids Corner. WXPN serves the greater Philadelphia area at 88.5 FM, the Lehigh Valley at 104.9 FM, Worton/Baltimore at 90.5 FM, Lancaster/York at 88.7 FM, Harrisburg at 99.7 FM, North Jersey/Poconos at 91.9 FM, and the world via online streaming at www.XPN.org. The WXPN app brings all of WXPN to any mobile device. WXPN produces XPoNential Radio on XPN2 as its secondary radio channel in HD, also available online. www.xpn.org.