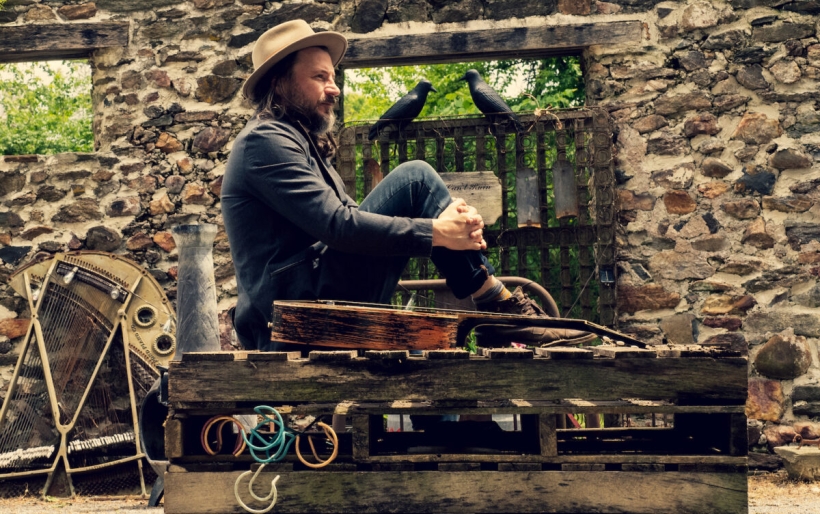 Long-running Philly singer-songwriter Chris Kasper returns tomorrow with his latest project, a homegrown collection of songs called Stowaways Vol. 1. Kasper, who cut his teeth in the Philly folk circuit in the late aughts and expanded his scope and sound by dipping his toes in the Nashville scene of the mid-twentyteens, is back in Philly and working with his oldest friends once again.

Stowaways was written, recorded, and mixed by Kasper himself at the start of lockdown last year. “The songs were written in the moment and not much was revised or daunted over,” he tells us over email. Since it was his first time fully handling the production end of recording, he intentionally kept the music simple, “but [I] also wanted to create a world, sonically.”

On the video for the single “No Reservations,” released earlier this month, Kasper keeps the at-home approach going strong by sitting at his kitchen table, a tabby cat napping in a ball beside him, writing out the lyrics to the song, along with some illustrations.

“I wanted to make a lyric video for “No Reservations” because it’s fairly verbose and quick,” says Kasper. “It started as a test with a pen and paper, and when watching the test footage back, I accidentally messed with the speed of the video and …boom, I had my idea! The whole thing was done in a few hours with a Sharpie, a yellow legal pad, an iPhone and a cat. Happy mistakes have always opened the creative door for me.”