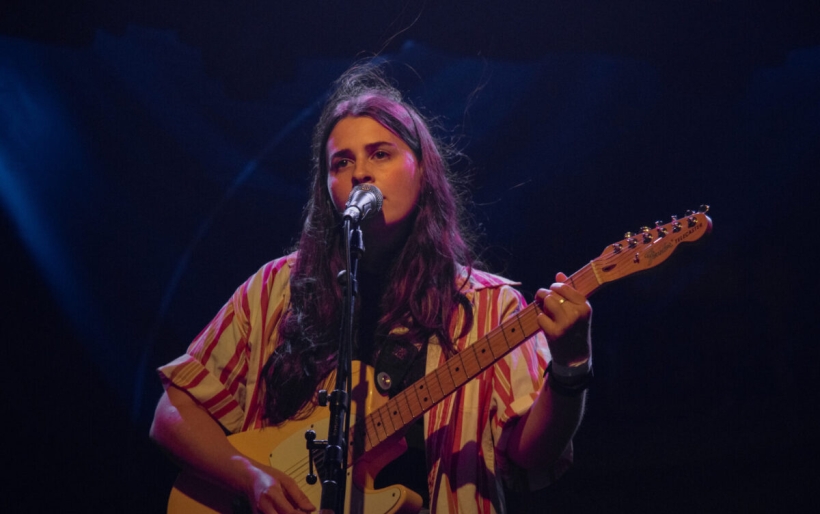 Queen of Jeans | photo by Avi Warren for WXPN

Philly indie pop faves Queen of Jeans are readying their first new releases since 2019’s stellar LP If You’re Not Afraid I’m Not Afraid, and first up is a covers EP — called, simply, Covers. The band announced it today by sharing a stellar rendition of Wheatus’ “Teenage Dirtbag” featuring Gladie’s Augusta Koch on vocals.

The late 90s emo / pop nugget is a classic and a tough song to play a bad version of, whether you’re Ruston Kelly, Phoebe Bridgers, or Chelsea Mitchell. But the belt-it-out refrain lends itself particularly well to the emotive delivery of singer-guitarist Miri Devora and the soaring vocal harmonies that are QoJ’s signature.

Listen below, and pay attention for a clever lyrical swap (“juul” for “gun”) as well as Koch’s cameo handling the “I got two tickets to Iron Maiden” grand finale lyric. The Covers EP will also feature versions of Melissa Etheridge’s “I’m The Only One” and St. Vincent’s “Actor Out Of Work”; pre-save it here and watch an IG vid of “Teenage Dirtbag” below.