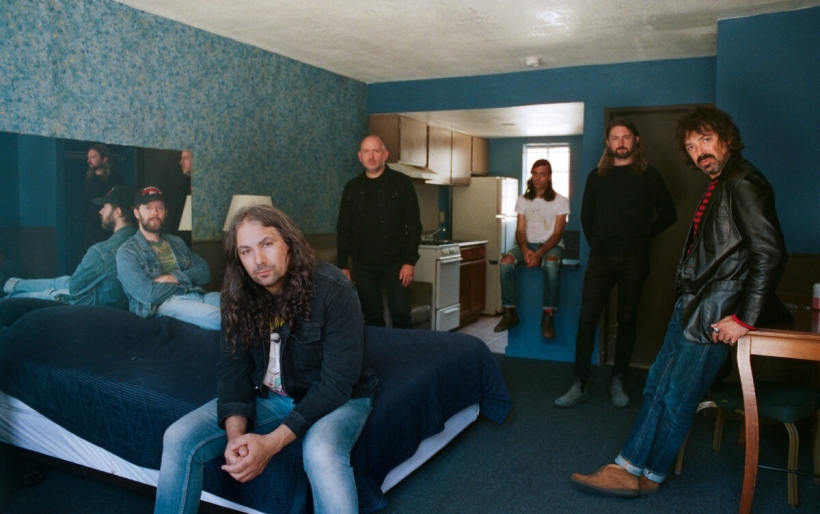 As the coffin lid closes on another month, we dig up a fresh batch of new albums to round out October. Philly cornerstones The War on Drugs present I Don’t Live Here Anymore, the shimmering follow-up to their Grammy-winning breakthrough. As she closes in on the 30th anniversary of her solo debut, Tori Amos is looking ahead on Ocean to Ocean. Billy Bragg‘s The Million Things That Never Happened offers some of the punk poet’s most pointed observations. Drawing inspiration from marathon viewings of ‘Unsolved Mysteries’ and ‘In Search of…,’ Marissa Nadler conjures spirits of her own on The Path of the Clouds.

Time to Melt is the wooly third album from songwriter/producer Sam Evian, who worked on recent records by Widowspeak and Johanna Samuels. Scrappy Brooklyn combo Geese make their full-length debut with the propulsive Projector. On her first proper solo album, Lily Konigsberg is joined by her Palberta and My Idea bandmates for the wide-ranging Lily We Need to Talk Now. Atlanta group Lunar Vacation pack evocative lyrics and sticky melodies into every corner of Inside Every Fig is a Dead Wasp. PRESS PLAY on these new releases (and more) below…

Billy Bragg – The Million Things That Never Happened
CHECK OUT: “Mid-Century Modern” “I Will Be Your Shield”

Marissa Nadler – The Path of the Clouds
CHECK OUT: “Couldn’t Have Done the Killing” “If I Could Breathe Underwater”

Lily Konigsberg – Lily We Need to Talk Now
CHECK OUT: “That’s the Way I Like It” “Proud Home”

Lunar Vacation – Inside Every Fig is a Dead Wasp
CHECK OUT: “Shrug” “Mold”