The Skeleton Key: Remembering Pat Martino, appreciating Philly, and listening to new music from The Ire, Jenna and the Pups and more - WXPN 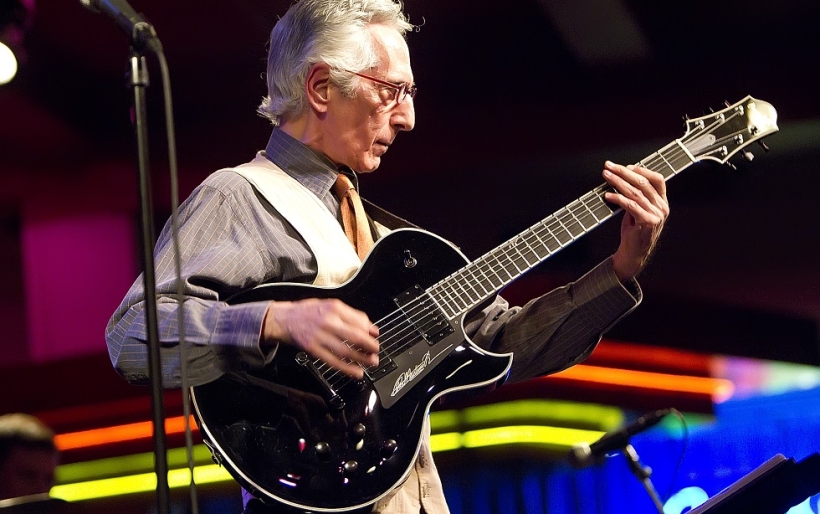 The Skeleton Key: Remembering Pat Martino, appreciating Philly, and listening to new music from The Ire, Jenna and the Pups and more

It’s always nice to lean into the NO ONE LIKES US, WE DON’T CARE trope – I mean, it’s gotten us this far, ya know? – but it’s also really nice when Philadelphia actually gets some recognition and positive feedback. Really. I recognize this is a bit of an anathema in our city but stick with me here, it’ll be worth it.

Over the past couple weeks I’ve heard multiple good things about Philly music from people who definitely don’t live here and have nothing to gain from buttering us up. The first was at the Mountain Goats show at the Fillmore when John Darnielle (you know, the guy from TikTok) complimented a fan’s Crypt Sermon shirt and then couldn’t shut up about how lucky we are to have such a sick metal band to call our own. And you know what? He’s right.

Also cool was the excellent Two Minutes to Late Night series picking Ink & Dagger’s “Road to Hell” as the song they covered for Halloween. The podcast’s band this time around included Aaron Heard of Nothing and Jesus Piece. In the video description they referred to the Philly vampire punks as “the spookiest band to ever exist.”

Yes, this is the second column in a row I’ve talked about Ink & Dagger and no I’m not going to stop. While we’re at it, go read this essay about the band and their influence that was written by Liam O’Donnell of Cinepunx.

There was also all the support given to Mannequin Pussy after the van and trailer containing basically everything they owned was stolen in Akron, Ohio during the tail end of their tour with Angel Du$t and Pinkshift. This is literally a band’s worst nightmare and while none of the equipment has been recovered just yet – check out the news report that never mentioned the group’s name for some reason – they received an outpouring of support from fans both around the country and here in Philadelphia. Their homecoming show was one for the ages and you can see our write-up of it over here.

Finally, and this is a lot more somber but still quite relevant, I was so touched to see the worldwide outpouring of love for jazz guitar great Pat Martino, who passed away yesterday following a prolonged illness. He was 77 years old. Born in South Philly in 1944, Martino started his career in music at 15, heading up to New York City to learn from the greats. He moved back home in 1980 while recovering from a brain aneurysm that caused near-total amnesia and forced him to relearn guitar. After getting better, he decided to stay.

Martino was brilliant in so many ways. It wasn’t just his playing; it’s clear from reading interviews with him, like this one he did for Jazz Times in 2008, that he would have been absolutely world class at anything he put his mind to. I asked Nick Millevoi, another jazz guitar player from Philadelphia, for his thoughts about Martino and this is what he said: “There’s something so unique about Martino’s vocabulary that feels so Philadelphian. He played with this old school kind of vibe and tone but was always looking a few steps ahead with his concepts.” He will be missed.

Click Here
This is a nice CTA
We are a nonprofit organization supported by our listeners. Those who donate at least $4 per month or $50 per year will receive member benefits as a token of our appreciation.
Contribute Now

I hope you’re still riding that Halloween sugar rush cause there is so much happening in the next couple weeks. Today is election day – as a longtime poll worker it’s my responsibility to remind you that you can look up your polling place over here – and that evening is one of the most exciting and interesting shows happening all month with Lunacy, Writhing Squares, Mesh, and Mvtant bringing a real heady mix of dark electronic, post-punk, prog, and more to Johnny Brenda’s. It’s also the first of three nights for the Magnetic Fields at their City Winery mini-residency..

I know I haven’t mentioned anything about COVID-19 so far in this column – a new record for the last year and a half! – but I wanted to quickly pass along this article from the San Francisco Chronicle I read a few days ago that gave me a bit of hope. We’re not out of the muck just yet and we all need to do our part to stay safe and make sure we keep our community safe, too. For me that still very much means wearing masks when I’m inside places like venues, even if everyone there has to prove that they’re vaccinated. Still, if this is the new normal, we’re doing so much better than even six months ago when I talked about maybe 14 things for an entire column, not a weekend.

THIS IS something to be shown at the end