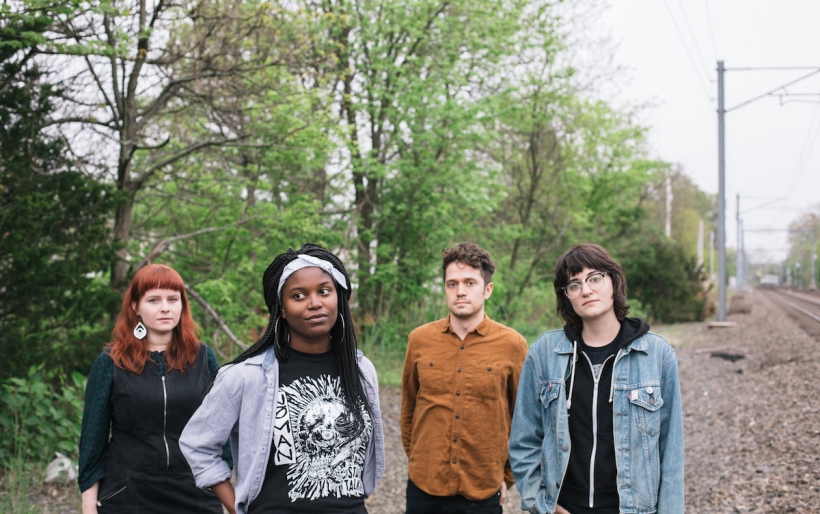 Bacchae | photo by Kara Donnelly | courtesy of the artist

Another week, another incredible range of Philly concerts, from roots-rock to rap to revved-up punk rock and beyond. Read on for 15 concerts to see in the next seven days, happening all around the Delaware Valley.

Monday 11/8: Drive-By Truckers at The Queen

Politically-charged Georgia Americana rockers Drive-By Truckers bring their first tour back to Wilmington’s The Queen tonight. The band maximized their 2020 by releasing The Unraveling at the top of the year, followed by the very timely collection of unreleased songs and outtakes called The New OK in October. Patterson Hood and his bandmates always amplify their recorded energy when they hit the stage, so their return to The Queen tonight should have the walls shaking. // 8 p.m. ,$37, AA // TIX + INFO – John Vettese

Atlanta singer and rapper K Camp makes his way to Philly this week along with Float, his latest set of bass-heavy jams that are at once sexy and deeply personal, mixing together introspection with braggadocio. Skittery trap beats and spacey synths create a mellow atmosphere, but no doubt K Camp’s earworm hooks will have Underground Arts singing and vibing along like it’s still summer festival season. // 8:30 p.m., $20, 21+ // TIX + INFO – J.V.

Behind his mountain man guise, Sam Evian is groovy and flamboyant. After fleeing New York City to live in The Catskills, you would assume he mellowed out, but somehow did the opposite. Evian’s latest album, Time To Melt, sews genres together like an auditory Frankenstein. A testament to experimentation, it’s a wild ride through playful psych-pop and swinging indie-rock. While you never know what to expect from Sam Evian, one thing is for sure it’s going to be interesting.  // 8 p.m., $16, 21+ // TIX + INFO – S.S.

When we last heard from singer-songwriter royalty Rosanne Cash, she’d just released her 14th studio album She Remembers Everything, and celebrated her 40th year of making music. An arresting vocalist and engaging storyteller, Cash’s music shines from the stage as much as from the stereo, and we were reminded of that this year in Forbidden Tones, a live album from her archives recorded on tour in support of King’s Record Shop. This Wednesday she swings through New Jersey to headline Mayo Performing Arts Center. // 7:30 p.m., $39 – $69, AA // TIX + INFO – J.V.

D.C. four-piece Bacchae released their album Pleasure Vision on March 6th of last year, literal days before lockdown. As The Key’s Maureen Walsh wrote in naming it one of the year’s best albums, it “encapsulates the anxiety and anger that the realizations of recent years have brought to all of us” but does so while also making you want to jump around in a crowd of punk fans. You can do that this Wednesday when Bacchae plays Kung Fu Necktie with King Azaz and Spiritual Cram. // 8:30 p.m. $15, AA // TIX + INFO – J.V.

If you’re looking for a good way to get out some aggression, the Grocer gig is your palace to go. The Philly four-piece’s wired post-punk is guaranteed to prompt some moshing, as many of their tracks start out as slow-burns then ramp up into infernos. Known for slamming percussion, earth-shattering build-ups, and wailing riffs, their shows bring the grime of the garage to light. Staunch advocates of guitar rock, they have no problem shredding until their fingers bleed.  // 7 p.m., $10, 21+ // TIX + INFO – S.S.

It’s guaranteed you’ll remember the Echo Kid show as a fever dream, not as actual reality. The Philadelphia duo-turned-band plays left-of-center indie rock that’s sleepy-eyed and slouchy, but with an underlying pulse to keep you moving. Their gig at The Grape Room this Friday will no doubt leave you feeling blissed out. // 8 p.m., $7, 21+ // TIX + INFO – S.S.

World Cafe Live has officially issued a low ticket warning for this Lounge show from rising Canadian pop star Charlotte Cardin, so don’t bide your time on getting tickets. Cardin’s Phoenix LP came out in April, offering mellifluous and introspective R&B bops about being sad, being in love, and everything in between. She followed it up with the loosie “Scorpio Season” a few weeks back, and we recommend spending a few hours of this Scorpio season catching Cardin on a small stage before she’s playing much bigger ones. // 8:30 p.m., $15, AA // TIX + INFO – J.V.

Country charmer Ruston Kelly has had a transformative couple of years. He and singer-songwriter star Kacey Musgraves got divorced, he got sober, and he recorded his sophomore album Shape & Destroy at the onetime home of Johnny Cash and June Carter Cash. The XPoNential Music Festival alum brings the reflective album on tour this fall, with a stop at the TLA on South Street this Friday. // 8:30 p.m., $20, AA // TIX + INFO – J.V.

Saturday 11/13: Half Waif at Johnny Brenda’s

Half Waif shows feel like catharsis. Singing along to her vulnerable lyrics about longing, memory, addiction, desire, loneliness, and loss is a form of purification. Whether it’s the crushing feeling of walking home alone after a party or the delicate symbolism of orange blossoms, her latest album Mythopoetics forces you to confront your deepest feelings — and Johnny Brenda’s will provide a welcoming atmosphere to do that this Saturday. // 8:30 p.m., $15, 21+ // TIX + INFO – S.S.

Saturday 11/13: The Ire at Underground Arts

Call them death rock, call them goth-punk; either way you spin it, Philly four-piece The Ire makes chilling and slamming cathartic, and their new EP CS has been a long time coming. The minor key guitar licks soar in tandem with singer Maya Brooks’ voice and you’ll be profoundly moved when they play Underground Arts on Saturday opening for Black Marble. // 9 p.m., $14, 21+ // TIX + INFO – J.V.

The very definition of a stacked lineup, indie-punk singer songwriter John-Allison Weiss makes their return to Philly this Saturday, and joining them on the bill is much-loved NJ four-piece Hit Like A Girl, as well as Philly heroes Riverby. Though Weiss hasn’t released an album of new material since New Love from 2015, this year they teased what they’ve been working on via the Death Valley Demos EP; fans are encouraged to, if they like what they hear, support the album fundraiser on their website. // 8 p.m., $15, AA // TIX + INFO – J.V.

Sierra Ferrell is a modern-day Loretta Lynn. Her latest album, Long Time Coming, is retro-country complete with references to chapel bells and honky-tonks. Her dramatic ballads backed by fiddles and horns possess a romanticism that sweeps you off your feet. While Ferrell may still be waiting for that West Virginia Waltz with her true love, her Ardmore show is the perfect opportunity to have yours. // 7 p.m., $15, 21+ // TIX + INFO – S.S.