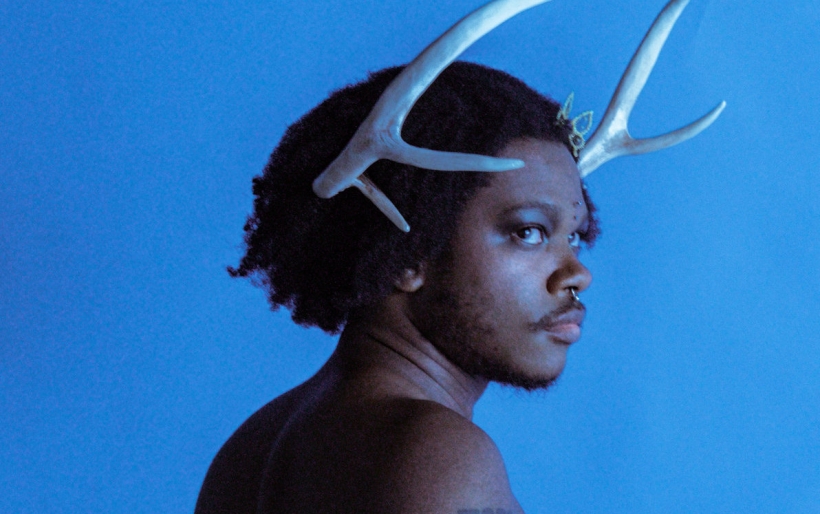 Shamir | photo courtesy of the artist

Multi-disciplinary artist Shamir sees the world for what it is, expansive and complex, not one or the other, but everything. Refusing to conform to the status quo, he challenges the gender binary on his latest track, “Cisgender.” The single is the first from his upcoming album, Heterosexuality, which will be out on February 11, 2022.

Shamir appears as some sort of mythological creature, complete with horns and hoofs in the accompanying music video and in the cover art for “Cisgender.” Through his cascading experimental pop, it’s clear that he’s not interested in labeling himself as anything; he simply wants to feel free to exist and express himself however he pleases. Hitting almost impossible high notes, he could make glass shatter as he demands, “I’m not cisgender, I’m not binary trans / I don’t wanna be a girl, I don’t wanna be a man.”

The music video mirrors the raw nature of the track as Shamir sings straight to the camera against an unobtrusive background. The minimal setting adds to his desire to feel seen and to stop hiding — “I’m not gonna pass for you,” he sings. “You gotta get pass.”

His direct approach aligns with his unwillingness to make himself small for the sake of others’ comfort. Yanked by a yellow leash into another room with a guitar player, blood pours from the ceiling in a Carrie-esque turn of events. Instead of trying to dodge the gore, he lets it rain down on him, rubbing it into his face as it drips from his horns.

You can stream the track here and check out the video below, along with Shamir’s winter tour dates opening for Courtney Barnett.