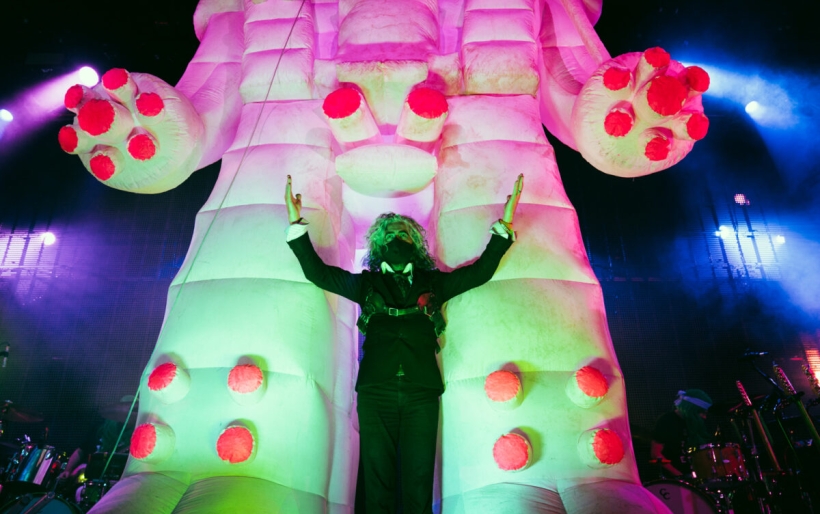 The Flaming Lips | photo by Skylar Watkins for WXPN

The Flaming Lips kicked off tour in support of their new album American Head at The Fillmore Philadelphia Sunday night. The first leg of the tour features openers Particle Kid and consists of only 8 shows in the mid-Atlantic region. This allowed the Lips to play “Will You Return/When You Come Down,” which features Micah Nelson of Particle Kid. This show was also the first time they have ever played “Why Does it End?” a b-side of “The Yeah Yeah Yeah Song.”

Before they even began their set, Wayne Coyne opened the show by stating the importance of the safety of everyone in attendance. He stated that they would ask between every song whether everyone was doing OK (which they said they were)….and that, while this was partially a way of asking if everyone was having a good time, it was also meant to make sure everyone was physically OK, whether that be anything due to concerns over COVID, other medical reasons, or being trampled – a reference to the tragedies that occurred at rapper Travis Scott’s festival, Astroworld, only a few days prior.

While some of the usual crowd interactive antics of a Flaming Lips show were spared during this performance to be COVID-conscious, their visuals certainly didn’t disappoint. The stage had a giant LED wall which projected psychedelic designs, lyrics, and videos of the performance with effects towering behind them as they performed. Opening up with “The Sparrow,” Coyne threw a glowing toy bird into the crowd. During “Do You Realize?” a giant inflatable rainbow arched over the stage and the crowd was blasted with confetti and fog. During “Yoshimi Battles the Pink Robots” a giant pink robot stood center stage, swaying, with Wayne Coyne swaying underneath it. The finale song, “Race for the Prize,” consisted of another confetti blast and a balloon sculpture that read “FUCK YEAH PHILADELPHIA.”

Check out a photo gallery from the show below. The Flaming Lips’ tour continues tonight at Brooklyn Steel; more info and dates can be found here.