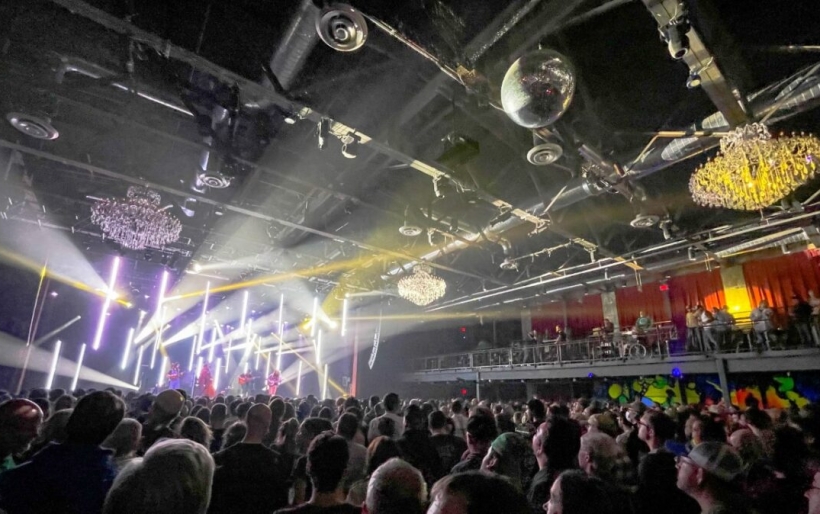 Wednesday night at the Fillmore I finally got see Billy Strings perform for my first time. This summer especially, there was a lot of talk in the jam-band community that Billy Strings has really been popping off and that his guitar playing has gained the respect of many. I personally got to acknowledge his live performance talent after tuning into the “Grateful Maholo” streams when Bill Kruetzman, drummer of the Grateful Dead, celebrated his birthday in Hawaii with three nights of Dead music and other jam bands favorites with an all-star lineup including Philly native & JRAD Guitarist Tom Hamilton, Disco Biscuits keyboardist Aaron Magner, and Billy Strings himself. Following this weekend of music, comedic discussions erupted in Grateful Dead Reddit and Instagram pages on whether Billy has the skills and talent to replace John Mayer on tour with Dead and Company; and I may be Team Billy after Wednesday night’s performance…

Back at the Fillmore the sold-out crowd was as expected.  While waiting in line I was graced by the presence of Reddit celebrity Baklava Guy, the man who dresses in a hot dog costume and sells his homemade Baklava to fans on the lot before Phish shows. Inside the venue, fans lined up at the merch table to grab a beautiful poster of a psychedelic Billy Goat covered in flames made by Miles Tsang documenting the first of two sold out nights in Philadelphia, and the Thursday night poster mirrors the fiery goat for an icy goat and colder tones.

The house lights dimmed right around 9 and the stage illuminated with over 20 mesmerizing bars of light running perpendicular to the stage as the 4-piece pickers took the stage. They opened with “Fire on my Tongue” off of Billy Strings’ latest album, Renewal. After covering the John Prine tune “Sweet Revenge,” the group turned it on with a Danny Barnes cover, “Pretty Daughter,” filled with fast and flawless improvisational solos by Jarrod Walker on mandolin, and Billy blowing my face off switching from acoustic to electric guitar tones on the drop of a beat. Other hits include“Long Forgotten Dream” and “Come Down the Mountain Katie Daly.”

After a short break the second set kicked off with “Fire Line” off of the 2021 Grammy Award-winning album for Best Bluegrass Record, Revival. The stage floor shifted from the fire-red stage lights to cold blue as a mean banjo intro into “Ice Bridges” was picked by Billy Failing, perhaps making a nod to the double poster theme. Midway through the second set Billy busted out Jerry Garcia deep cut “Loser” which brought the whole building together singing, dancing and sharing smiles. After giving the Dead-Heads some setlist love, I wondered “what could possibly be next?”

The band brought the tempo back up and folks were dancing and swaying to “Thunder,” a cover from Grateful Dead lyricist Robert Hunter. The improv jams took a turn when my friend called out “Is this 2001?” and, sure enough, Billy strummed the epic chords to the Phish fan-favorite groove. My section broke out in to an all-out spin zone like being on the floor as we all came together throwing our hands up to Billy’s guitar until we were brought back into “Thunder.” After the nex chorus and more pluck jamming Billy let out a huge grin and began to play Nirvana’s “All Apologies,” which prompted the younger crowd to shout out the lyrics while the band kept the instrumental. The recipe for the Billy Strings “Thunder” sandwich came to an end with Jimi Hendrix’s “Third Rock From The Sun” guitar solo mashed in the jam before the final verse.

Following that mind-blowing performance, the band left the stage, leaving Billy alone on the banjo to perform two country-bluegrass hits: “Georgia Buck” and “Crawdad Hole” by Doc Watson. At 11:15, past normal Fillmore curfew in my experience, Billy mentioned that he “Can’t stay out too late because I need to go fishin’ tomorrow,” followed by applause.

After this performance I am officially on the Billy Strings train. The band plays together seamlessly well, and I have a lot of respect for the skills as musicians. I will definitely be catching the next time they’re around the Philadelphia area. Billy Strings continues tour up north in New England before returning back to PA on November 19th at Wilkes Barre Theater.