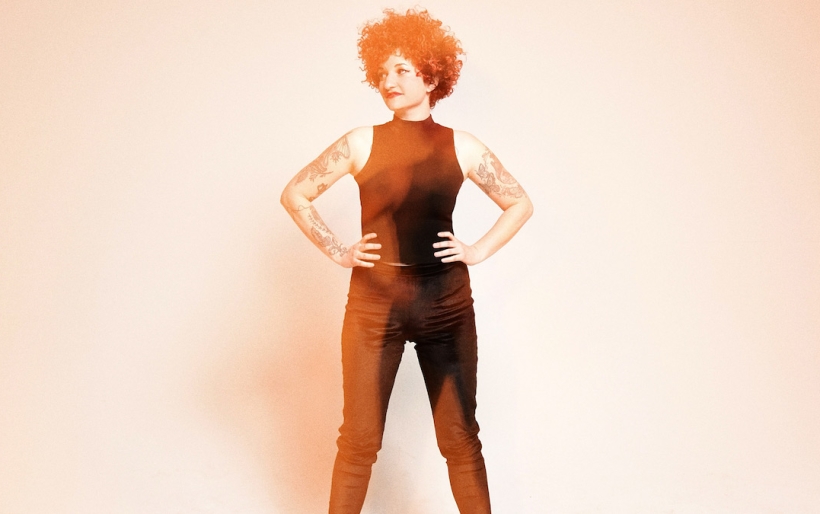 17 concerts to see this week including Bat Fangs, The Lone Bellow, Vagabon, Carsie Blanton and more

The temperatures are getting ideal for concert season, quite honestly; it’s nice enough that you want to get out of the house, but not so nice that you want to stay outside, and concert venues make for a great space to direct your path — this week especially. Our assortment of shows range from indie rock royalty to emerging voices in pop and blues, from legendary rappers to punk legends in the making. Here are 17 concerts to see in the next 7 days, beginning tonight with Luna’s long-awaited return to Union Transfer; mask up and get to the gig.

Union Transfer is the king of cool, hosting indie rock’s greatest acts of all time. This Monday, they’re representing the 90s with Luna, Dean Wareham’s dreamy rock project post-Galaxie 500. Rolling Stone dubbed the group “the best band you’ve never heard of,” which was true for this writer until shortly before this review went live. But now, after a listen through of their landmark 1995 album Penthouse, I can report the comment holds true. Stay tuned for XPN’s Indie Rock Hit Parade session with Luna’s Dean Wareham and Britta Phillips that will be recorded days after this show. // 8 p.m., $25, AA // TIX + INFO – Paige Walter

Though they’re not from Philly, Washington D.C.-based Bat Fangs have the Philly punk aesthetic on lock. Whether it’s their noisy basement sound, association with Don Giovanni Records, or their friendship with the band Thin Lips (who open this fun one), Bat Fangs have earned their honorary Philadelphia citizenship. This bill is well-suited to PhilaMOCA, which offers everything you want in an independent mid-sized venue, including the capacity to get really, really loud. // 8 p.m., $13, AA // TIX + INFO – P.W.

Tuesday 11/16: ÌFÉ at The Lounge at World Cafe Live

World Cafe Live, with emphasis on “world,” hosts Afro-Caribbean electronic musician ÌFÉ this Tuesday. The band put out their highly-anticipated sophomore record just last week to excellent reviews. With ritualistic style, IFE blends traditions of the past with new musical conventions, and tells the story of contemporary Puerto Rico, particularly power struggles and the persistence of colonialism. This thoughtful show will expose local audiences to something new and something highly beautiful. // 8:30 p.m., $20, AA // TIX + INFO – P.W.

Six months ago, The Lone Bellow played a virtual Free At Noon concert from Nashville, Tennessee. One fan and XPN listener wrote in the comments, “Miss seeing you all, can’t wait to see you in Philly soon…maybe Union Transfer.” This person got his wish, and if he’s out there reading this, enjoy the show, friend. The Lone Bellow’s country vibes will fit right at home here in Philadelphia, which is ironically becoming the second most hospitable city to country musicians — second to Nashville, of course. // 8 p.m., $27, AA // TIX + INFO – P.W.

Wednesday 11/17: Saleka at The Lounge at World Cafe Live

R&B rising star Saleka’s second home might as well be here at 3025 Walnut St, the location of both the XPN studios and World Cafe Live stages. Her Wednesday night show is the second in her three-night residency that concludes on December 8th, and she graced the World Cafe studio downstairs a couple weeks ago to record a Key Studio Session, available to watch now here. Saleka’s Wednesday show is made extra special by opener Jaqueline Constance, who makes “#DopeAzzMusic” with jazz inspirations such as Ella Fitzgerald all the way to pop inspirations like Beyonce. // 8:30 p.m., $14, AA // TIX + INFO – P.W.

There’s no doubt punches will be thrown at the Protomartyr gig. The post-punk band from Detroit evokes this sort of vengeful violence from every crowd they play to. The slamming basslines, raging percussion, and terse vocals seem to pulse with uncontrollable aggression. Undeniably rough, screaming along to blistering tracks like “Processed By The Boys” feels equivalent to punching a hole in your wall. (Editor’s Note: This…was perhaps not our best take ever. Protomartyr would like folks to know they do not abide by violence at their shows, never have and never will…and honestly, we don’t either. Apologies to the band and fans for mis-characterizing their gigs! -JV) // 9 p.m., $15, AA // TIX + INFO – Samantha Sullivan

Wednesday 11/17: Rentboy at The Dolphin

There are few places better suited for a Rentboy show than The Dolphin. The synth-heavy club-core bangers he creates coincide perfectly with the flashing lights and huge dance floor of the iconic spot. Sleek and seductive, his music was practically made for spilling drinks, flirting with strangers, and stumbling home. Dig into the Rentboy experience in last week’s Key Studio Session, and come see them headline the Wednesday night party. // 6:30 p.m., $10, 21+ // TIX + INFO – S.S.

After a year-plus of hibernation, Best Bear is breaking onto the scene for their latest post-pandemic show at Original 13. With bright percussion and sparkly riffs, the band’s two singles “T.M.W.Y” and “Through The Static” made quite the impression on listeners; there’s this inherent optimism to frontperson Jeanette Lynne that makes you automatically smile. They just exude the type of positivity that you want to be around, and their show will be no expectation. // 8:30 p.m., $15, AA // TIX + INFO – S.S.

Swim Camp’s album release show will no doubt melt your heart. Their latest record, Fishing In A Small Boat, is delicate and dulcet. There’s a tenderness to it that is evident in the little details the band includes, like the slight scratching of strings and sleepy half-mumbled vocals. With delicate guitar riffs and infinite emotion, it’s the kind of album that makes you really reflect on the power of love and the people in your life. // 8 p.m., $12, AA // TIX + INFO – S.S.

Brooklyn singer-songwriter Laetitia Tamko is bringing her indie outfit Vagabon back to town for its first headlining Philly show this Thursday at Johnny Brenda’s. The band’s self-titled second album released in October of 2019 on Nonesuch, and saw the band taking a big step from the rough-round-the-edges indie of their debut Infinite Worlds into shimmering synth tones and breathtaking atmospheres, an exciting turn for Tamko’s production work. Last we heard “Water Me Down” performed, it was in the cavernous space of Franklin Music Hall when Vagabon opened for Angel Olsen on Halloween of 2019; we’re looking forward to hearing it up close and personal at JBs this week. // 8 p.m., $20, 21+ // TIX + INFO – John Vettese

If you missed out on getting tickets to Carsie Blanton’s sold-out show at World Cafe Live on Saturday night, you’re in luck; a second chance to catch the Philly-rooted singer-songwriter is a short drive away at the Lititz Shirt Factory in Central PA. Blanton has been a force on the singer-songwriter scene for a decade and a half, and has lent her witty wordplay to a range of sounds from poppy folk to swinging New Orleans jazz. Her new album, Love and Rage, takes an incisive and inclusive look at the sociopolitical state of the world in 2021. // 8 p.m., $20, AA // TIX + INFO – J.V.

Certified guitar ripper Christone “Kingfish” Ingram has dazzled crowds at one NON-COMM and two XPoNential Music Festivals, and he’s only 22 years old. The Clarksdale, Mississippi blues star released his second album 662 earlier this year, and will deliver licks aplenty to the crowd at the Keswick this Friday night. If you’re in the mood for more, catch him again on Saturday at Harrisburg’s XL Live. // 8 p.m., $29.50 – $49.50, AA // TIX + INFO – J.V.

Long-running Philly funk-soul outfit Philly Gumbo celebrates the big 4-0 this Friday night with a throwdown party at World Cafe Live. The band will be joined by their friends Badd Kitti, who will warm up the stage for two sets from Philly Gumbo’s seven-piece roster. Expect booty-shaking covers of anything from The Staple Singers to Salt N Pepa. // 8 p.m., $13, AA // TIX + INFO – J.V.

Friday 11/19: Mo Lowda and the Humble at Union Transfer

It’s been 18 months, and the Philly rock scene is ready to experience Ready Coat live and in person. The band’s third studio LP was released in spring of 2020, right in the thick of…well, you know the story from there. Mo Lowda’s eagerly-anticipated headlining debut at Union Transfer was pushed back and pushed back again, but thankfully the time has finally come. This new album finds songwriter and frontperson Jordan Caiola and his bandmates delivering their most polished, arena-aspiring Kings of Leon-esque rock jams to date, and with an opening set from hometown buddies The Retinas, there’s sure to be much Philly love in the house Friday night. // 8 p.m., $22, AA // TIX + INFO – J.V.

Philly MC Reef the Lost Cauze is keeping his latest project, Reef the Lost Cauze IZ ALIVE very close to the vest. With no pre-release drops or teaser music videos as of yet, it’s looking like we’ll have to experience the album all at once when it releases on November 26th. Or hey, maybe he’ll play some new songs live this Friday at Ortlieb’s. Reef is a versatile, well-studied MC whose lyrical prowess is at once singular and classic, and teamed up as always with good friend CALIPH-NOW on production, and you know this record will appeal to crate diggers, backpackers, old school heads, and everybody else who loves watching a master rhyme. // 9 p.m., $10, 21+ // TIX + INFO – J.V.

Saturday 11/20: The Vernes at Johnny Brenda’s

Seeing The Vernes on a bill was a bit of a shock. After the Philadelphia-based purged their Instagram in July, it was uncertain if they were going to come back at all. However, after releasing a series of jangly singles and announcing their next album, Nuclear Winter, which will be out November 20th, it’s clear they’re here to stay. They will be bringing their loose indie-rock to Johnny Brenda’s on Saturday to build anticipation for the upcoming release…and just released a live-at-JBs video of their song “Before The World Destroyed Us” to build anticipation for the show. // 9 p.m., $15, 21+ // TIX + INFO – S.S.

If you’re like me, you’ve been celebrating Wu Wednesdays every week with Wu-Tang: An American Saga, the comic book-esque retelling of arguably the best crew in 90s hip-hop. Lest we forget that the various members of the Clan are active performers and not museum pieces, Raekwon The Chef and Ghostface Killah are teaming up with GZA this fall for the ‘3 Chambers Tour,’ which comes to the Franklin Music Hall. Rae and Ghost both have recent work to show off — this year’s Only Built 4 Cuban Linx… Pt. III from the former, 2019’s Ghostface Killahs from the latter — but you can still expect to spend your Sunday night bouncing to “Ice Cream,” “Apollo Kids,” and possibly getting choked up to “Can It Be All So Simple.” // 8 p.m., $49.50, AA // TIX + INFO – J.V.