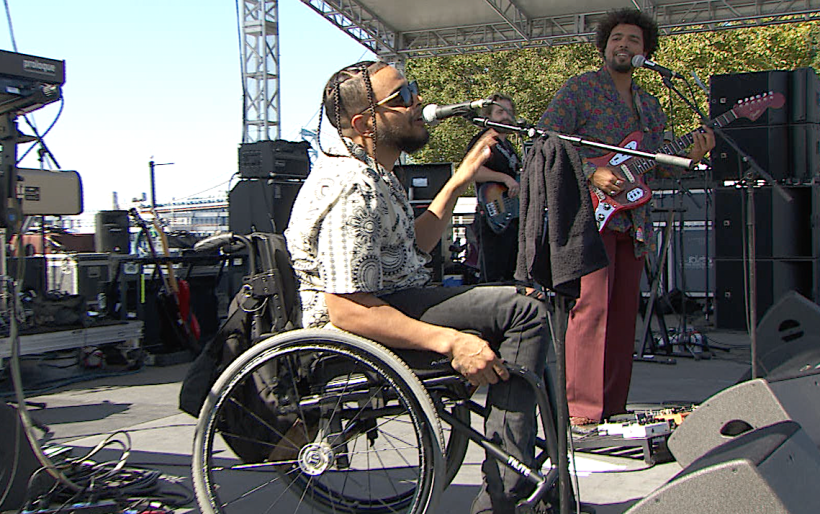 The Gilfillian Brothers at XPoNential Music Festival | still from video

The Gilfillian Brothers, Devon and Ryan, will play a benefit at World Cafe Live in December

When Devon Gilfillian performed his song “The Good Life” at XPoNential Music Festival this year, he called upon a special guest to join him: his brother Ryan, a singer and musician in his own right who lives with a disability and requires a wheelchair to get around. “He’s more of a badass mother shut-yo-mouth than me,” Devon told the crowd this summer, and pointed out that his brother is fundraising for a better-fitting wheelchair — something his insurance will not pay for.

They’ll join their voices again this December to perform at The Music Hall at World Cafe Live to both raise money for Ryan and to spread awareness about wheelchair advocacy. In announcing the concert, they write “The unfortunate truth is, Ryan is not alone in maneuvering the shortcomings of insurance surrounding wheelchair hardships. Thousands of people are also in a tough spot with their insurance companies — fighting to get a wheelchair that best meets their needs.”

The concert, which takes place on Thursday, December 23rd, will feature the Gilfillian Brothers performing along with their father Nelson on backup vocals, and a TBA lineup of special guests from the Philadelphia music scene. Tickets are on sale Friday, November 19th at 10 a.m., more information can be found at the XPN Concert Calendar.

Watch Devon and Ryan perform “The Good Life” at XPNFest below, and check The Key’s recap of their performance.