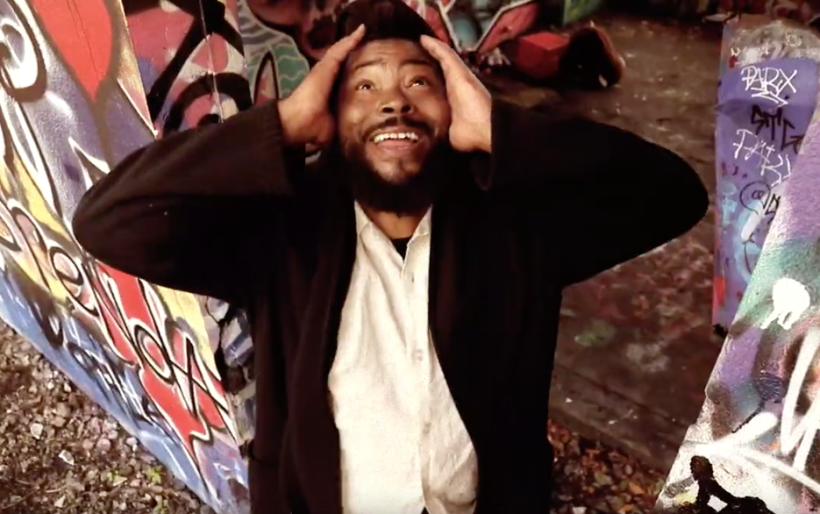 Over a muted shot of the Delaware River looking across at the Jersey shoreline, the new Reef the Lost Cauze video opens on a pointed dedication to two of his friends: “Dedicated to Viro and Justin. And to all who battle mental health. Keep fighting.”

It’s a short sentiment that captures the energy of this powerful new song from IZ ALIVE, Reef’s new album dropping on Black Friday.

Out today, “Unstable” rocks to a slippery psychedelic funk groove as the video shows Reef pacing around Fishtown’s Graffiti Pier, describing feelings all too familiar to so many of us: “Some days are okay but some days are not / Some days are kinda quiet, some days it don’t stop.” The visual, filmed by frequent collaborator Todd Caliph-NOW McConnell, is intense — particularly its final scene — but there’s an undercurrent of hope and sage wisdom throughout: as Reef spits early on, “Some say I’m acting erratic but the only way to combat this is to stay active.”