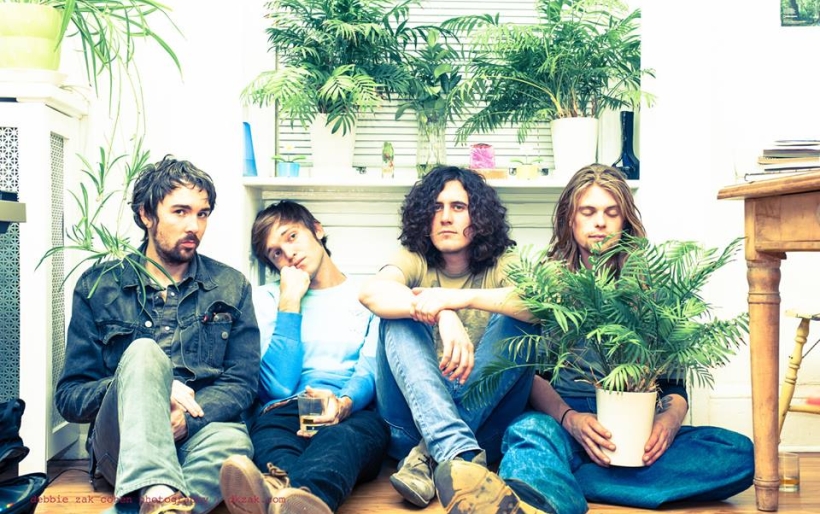 Philly-born rockers Cheers Elephant are back, baby. These four garage-psych-inspired fellas burned bright in the late aughties and early 20-teens, then took a hiatus for most of the decade’s second half. An unexpected offer of an international tour got them to regroup in 2020, though, and they managed to play exactly one reunion show in their new home base of Los Angeles before the world entered lockdown.

Now that the live music scene is open again, Cheers Elephant are ready to jump in, and this weekend they’re playing their first Philadelphia show since 2014, when they co-headlined Union Transfer with Toy Soldiers. They’ll headline World Cafe Live’s Music Hall on Saturday, December 4th with Kingsley Ibeneche and The Extraordinaires.

The band go us warmed up for the show with a Guest DJ set on XPN Local, talking with us about that initial reunion show and what it’s like to be playing together again — “like riding a bike,” as guitarist Jordan Del Rosario said — and also spinning a terriffically vibey hour of music that featured Bread, Tame Impala, Talking Heads, and more, with running commentary on the songs they chose and how they first encountered them.

Listen to that guest DJ set below, and get tickets and more information on this weekend’s reunion show at the XPN Concert Calendar.