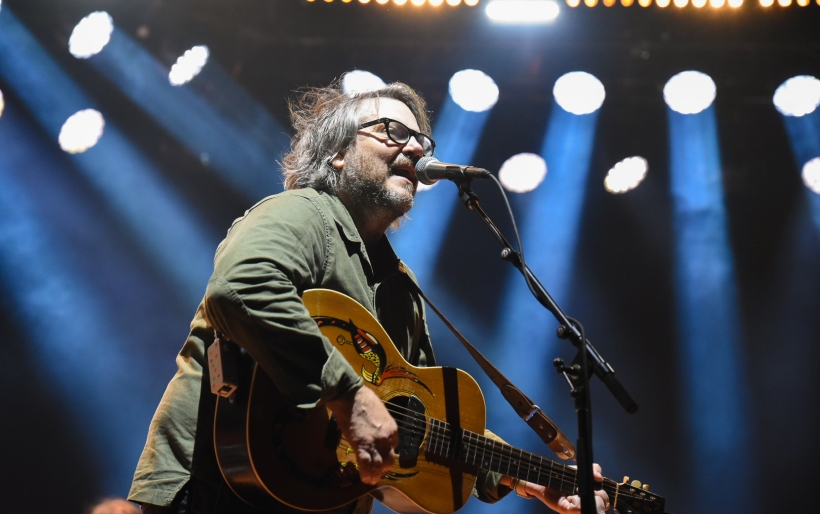 Wilco at The Mann Center | Photo by Paige Walter for XPN

Wilco and Sleater-Kinney give highly-anticipated performance at The Mann

Alt-country legends Wilco with special guests, punk rockers Sleater-Kinney, played to a full house at The Mann Center on August 22nd. Welcomed by WXPN, the rescheduled show occurred almost a year to the day later than originally scheduled–both Wilco and Sleater-Kinney suspended their tours last summer due to the COVID-19 pandemic. Suffice it to say, the highly-anticipated show brought joy to both the audience and the performers. Both Jeff Tweedy of Wilco and Carrie Brownstein of Sleater-Kinney thanked the audience for coming out and for handling the COVID precautions respectfully.

Sleater-Kinney, who are promoting their tenth studio album, played a range of old and new songs going back to their inception in 1994 (coincidentally the same year Wilco was formed, too). Their latest record, Path of Wellness, is their first self-produced project and the first without long-time member Janet Weiss. The band is no stranger to change and experimentation, however; last year’s The Center Won’t Hold delved into art-pop and was produced by Annie Clark of St. Vincent.

Wilco, on the other hand, released their latest record Ode to Joy in 2019 and then a deluxe reissue of Summerteeth in 2020. The latter features an almost four-hour collection of demos, alternates, and live versions of the now 20 year-old tunes. Wilco live transcends even their recorded masterpieces, and their performances last night–particularly Nels Cline soloing on “Impossible Germany” and “At Least That’s What You Said”–did not disappoint.

See below for a gallery of photos from the show and for Wilco’s setlist.