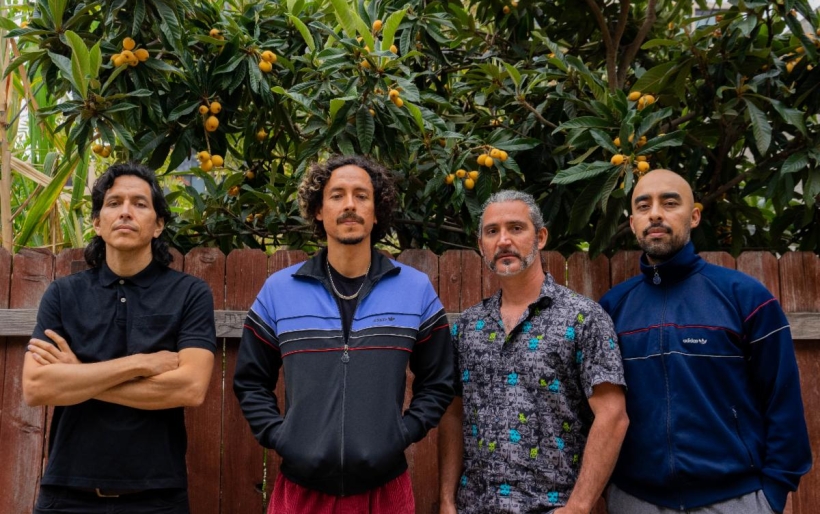 Album releases and victory laps, shows in Philly and shows in Central PA, groove-minded psychedelic rock and punchy pop — we’ve got a solid mix for you this week. Read on for eleven concerts to see in the next seven days, beginning Wednesday with Chicano Batman’s headlining show at Union Transfer.

Los Angeles four-piece Chicano Batman is finally getting around to a proper U.S. tour in support of Invisible People, their latest LP, released in May of 2020. The psychedelic-tinged, groove-oriented band called the album a “statement of hope, a proclamation that we are all invisible people, and that despite race, class, or gender we can overcome our differences and stand together.” // 8 p.m., $18, AA // TIX + INFO – John Vettese

Picking up where Cayetana left off, frontperson Augusta Koch began writing for a new project, Gladie in 2018. The band can be more lo-fi and 90s-inspired than Cayetana ever was, and that’s the charm of it. In the past four years, Gladie has put out an impressive amount of music for you to brush up on before this week’s show at PhilaMOCA with Rozwell Kid and Golden Apples, including 2020’s great full length Safe Sins. PhilaMOCA, which hosts some of the best DIY shows in Philly, will make the perfect backdrop for this lovely show. // 8 p.m., $16, AA // TIX + INFO – Paige Walter

We first saw Full Bush play Movie Night, their new EP, live for Unprecedented Sessions back in June, months ahead of its October release. It was their first time playing this cathartic collection of bangers for an audience, and on Saturday, they’ll properly celebrate the EP’s release with a show at Johnny Brenda’s. Friends and punk rockers UgLi and Kelsey Cork & the Swigs round out the bill for this triple threat. As shows by local groups slow down for the holiday season, you’ll be especially glad you caught this one. // 9 p.m., $15, 21+ // TIX + INFO– P.W.

We’ve been seeing a lot of singer-songwriter Carsie Blanton this fall. Following up on her sold-out World Cafe Live show and a stop at Central PA’s Tellus 360 earlier this fall, Blanton is doing a short run of holiday-adjacent concerts — including a stop in Sellersville this week — and she’s describing show with the word “Cheerpocalypse.” We’re into it, as it almost certainly means a mix of a festive spirit and Blanton’s irreverent sense of humor. // 8 p.m., $25 – $40, AA // TIX + INFO – J.V.

The formidable Taylor Kelly and band are in central PA this Friday for a show at rural gem, Tellus360. Kelly gave us a taste of her forthcoming 2022 EP All I Need with the single “Maybe,” which prominently showcases her powerful voice with minimal instrumentation. Whether Kelly’s bringing her full 8-piece band to Tellus or not–and we hope she is–her set will assuredly have enough energy to knock you off your feet. // 10 p.m., FREE, 21+ // TIX + INFO – P.W.

Recent Free at Noon stars Cosmic Guilt are rounding up their ten-person-strong lineup and heading to Central PA this Friday for a gig at Lititz Shirt Factory. The project of local songwriter and visual artist James Everhart, the band plays psychedelic-tinged Americana and sings about existential dread, but does it so beautifully your heart will soar. Their song “Silver and Lead” was recently written up by WXPN’s Mike Vasilikos as one of the Best Songs of 2021. // 8 p.m., $20, 21+ // TIX + INFO – J.V.

Meditative indie-folk singer-songwriter returns to his suburban Philly stomping grounds this Friday; his show Friday at Ardmore Music Hall is a stone’s throw-ish from where he and Kurt Vile grew up together in Lansdowne. Gunn’s latest record, Other You was released on Matador Records in August, and is the latest entry in his reliably great stream-of-consciousness guitar-and-voice journeys. For this show, he’ll be joined by Jeff Parker of Tortoise, who released the stirring Suite for Max Brown last summer. // 8 p.m., $20, 21+ // TIX + INFO – J.V.

Friday 12/17: Riverby at The Khyber Pass

Philly indie rockers Riverby are serious faves of us here at The Key, and with a new LP on the horizon sometime in 2022, it’s probably a good time to catch this solo Riverby gig by frontperson August Greenberg at The Khyber Pass. Fingers crossed that they debut some new tunes for us, and in any case, the fact that fellow Philadelphians Best Bear and Longfriend Timefriend are also on the bill makes it a solid Friday lineup. // 8 p.m., $8. 21+ // TIX + INFO – J.V.

Full Bush’s isn’t the only record release show at Johnny Brenda’s this week. Dr. Dog’s Eric Slick is also celebrating his third solo record, 2020’s Wiseacre, which has yet to be played to a live crowd. There’s a lot of love and a lot to love on Wiseacre, which follows Slick’s growth into his new role of husband (to singer Natalie Prass, no less). Openers Rubber Band Gun and John Andrews both channel bright, nostalgic indie-pop vibes that perfectly set the stage for Slick. Get there early to hear John Andrews (of John Andrews & The Yawns) –t heir 2021 record Cookbook is a delight, and has been spinning in my head for months. // 9 p.m., $15, 21+ // TIX + INFO– P.W.

Don’t take your mom to the Pissed Jeans show. There won’t be much there for her to enjoy, from the screaming voices of the band to the vulgar, albeit tongue-in-cheek, subject matter. But maybe your mom is more concerned with subverting culture than I’m giving her credit for. In that case, you two will have a memorable time, comfortable in the glaringly uncomfortable. Fans have one more chance to see Pissed Jeans in the near future: opening for Kurt Vile at Anchor Rock Club on January 15th. // 9 p.m., $15, 21+ // TIX + INFO– P.W.

Saturday 12/18: The Menzingers at HMAC

The Menzingers hit the road running this fall; two sold-out nights at Philly Music Fest, two more sold-out nights at Underground Arts, news of a solo album from frontperson Gregor Barnett, news of a massive spring tour that finds them headlining Franklin Music Hall with Oso Oso at the end of the run. If you want a chance to catch them in potentially top form, head to Harrisburg Friday for this Central PA headlining play at Harrisburg Midtown Arts Center; fellow XPN fave Dave Hause opens the show, along with Maxwell Stern’s Timeshares. // 7 p.m,., $25, AA // TIX + INFO – J.V.