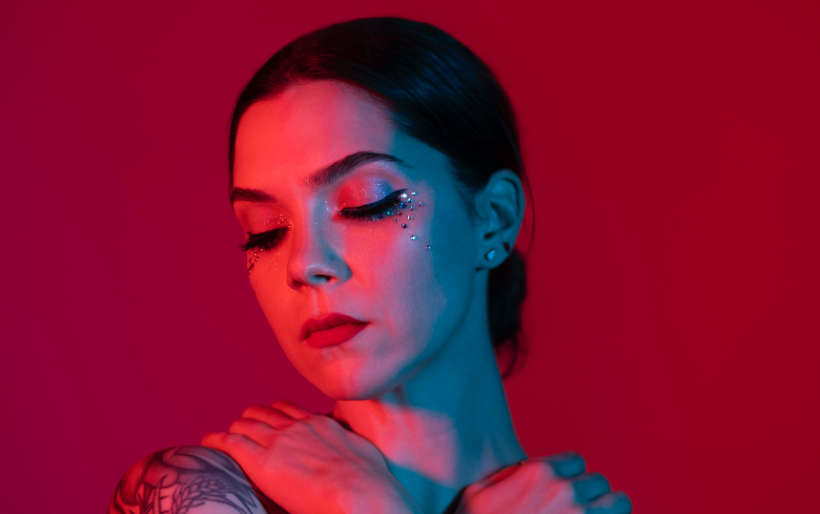 Kayleigh Goldsworthy | photo by Hilary Corts courtesy of the artist

2020 brought touring regular Kayleigh Goldsworthy back home for the first time since forming her own band over a decade ago, and she used the time to write her most self-realized music yet. As a touring player for countless other bands — including Bayside, My Chemical Romance’s Frank Iero, and Dave Hause’s band The Mermaid — Goldsworthy focused on herself material during the slow period of quarantine. Singles “Keep the Light” and “Overambitious” are the result, produced by engineer Will Yip and released via his record label, Memory Music.

Goldsworthy just released a music video for “Overambitious” as well, which features a star-studded lineup of her collaborators and directed by Philly’s Bob Sweeney. In the video, Goldsworthy auditions her friends Iero, as well as Nick Ghanbarian, Thursday’s Tucker Rule, and Kevin Devine for her new band. Each musician gives her a hard time: Frank can’t work weekends, and two of the members show up via zoom instead of in-person. But the gig comes together, and led by Goldsworthy in her gemstone-studded power suit, they perform her empowering song about being “too much” for some men. Spoiler: it’s their loss.

“Overambitious” is an anthem for all non-men in the music industry (and any industry, for that matter) whose voices have been quelled. Lines like “I never raise my voice, I’m still learning how to use it / and then there are guys like you whose voices echo all the rooms” resonate with hard-fought experience. Where she could be bitter, Goldsworthy is triumphant. Watch below for the full video.