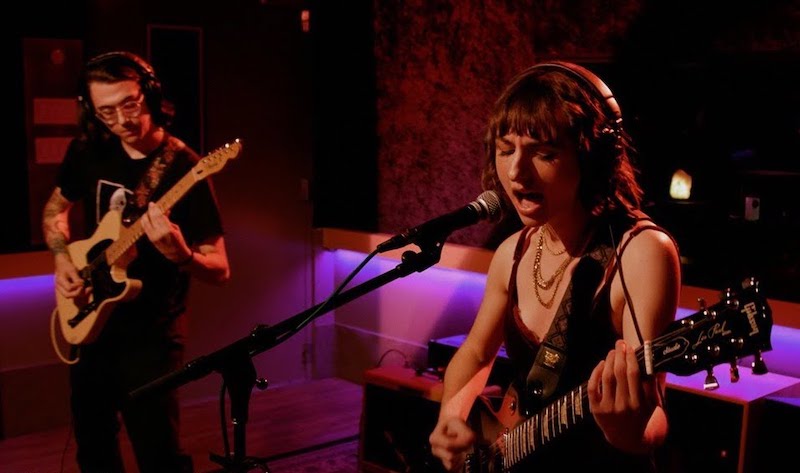 Philly’s Harmony Woods released their stellar third LP Graceful Rage back in March — read Regina Schleip’s great interview with frontperson Sofia Verbilla here — and though the first round of gigs in support of it, online and in-person after the live music scene reopened, were solo performances, the full band is back together, and they sound stellar on this powerful performance at Audiotree, recorded ahead of a November tour stop in Chicago.

The set finds Verbilla backed by Andrew Demarest on guitar, Joshua Cyr on bass, and David Juro on drums, and between songs, they chat about a lot of things. Their fave Philly artists — Shark Club, Carly Cosgrove, and Humilitarian get shoutouts — as well as Verbilla’s relationship with her debut Nothing Special five-plus years after writing it at age 16.

Verbilla also used the six-song set, which highlights Graceful Rage, to talk about the creative and personal freedom found in working on that album, specifically processing personal trauma in a way that could help others. “I grew up listening to songs that got me through shit,” she says. “So to be on the other end of that is really really sick.”

Watch the performance below, and grab a download from Audiotree’s Bandcamp page.