4 concerts to see this week, including K.T. Tunstall, Devon and Ryan Gilfillian, and more - WXPN 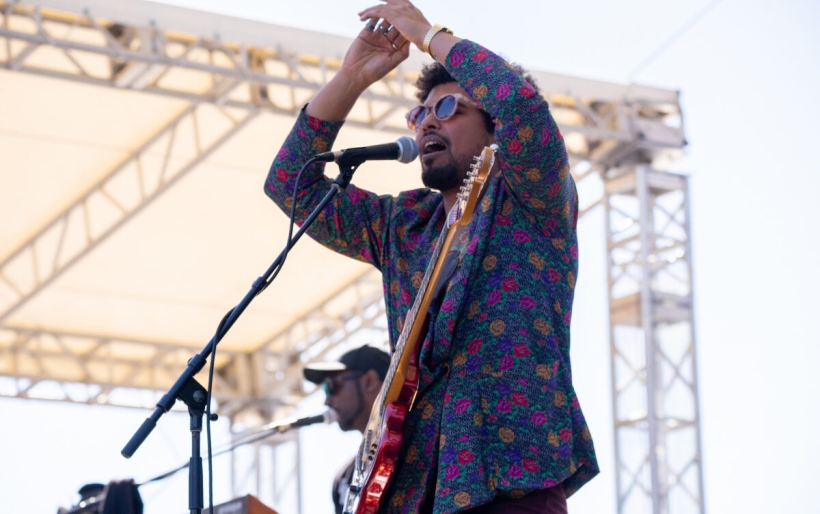 4 concerts to see this week, including K.T. Tunstall, Devon and Ryan Gilfillian, and more

Before we get into this week’s concert picks, we’d like to take a moment and acknowledge the state of the COVID-19 pandemic, and the surging Omicron variant. Yes, all these shows we’ve highlighted are at venues that require vaccination for entry, but vaccination alone doesn’t put you fully in the safe zone. If you’re going out, use caution, be conscientious of your fellow concert-goers’ personal space, wear your mask — keep the damn thing on, even if you’re drinking — and if you feel at all unwell, stay home. We say this with all due apologies for being preachy, but we’ve come so far as a music community, we don’t want things to go back to March of 2020. Take care of yourself, take care of one another, take care of your scene…and with that said, let’s have some fun. Here are four concerts to see in the next seven days, beginning tonight at Johnny Brenda’s.

When Mo Lowda and The Humble’s 2020 tour in support of their Ready Coat LP got sidelined, frontperson Jordan Caiola took time to himself and wrote a solo album. Only Real When Shared moves in a similarly husky melodic rock direction as his full-time band, but Caiola solo gives the singer and songwriter space to explore more introspective, sensitive, and honestly quite gorgeous areas. After playing a belated in-person release party this spring at Ardmore Music Hall, Caiola returns to the Philly stage tonight at Johnny Brenda’s to close out the year. // 7 p.m., $25, 21+ // TIX + INFO – John Vettese

It’s hard to believe, but “Black Horse and the Cherry Tree” is coming up on 18 years old. If that song proved to be the main thing singer-songwriter KT Tunstall was known for, that’d be fine, because it’s a modern classic that never fails to lift us up — but the Edinburgh, Scotland artist has kept going, and most recently released her sixth studio album Wax in 2018. It’s the second part of a trilogy Tunstall has themed “mind, body, soul,” meaning a new album is probably nearing completion…and hopefully some new songs will be in the mix when she plays the area twice this week. Your first chance is this headliner at the elegant Sellersville Theater. But don’t forget that Tunstall will be at Ardmore Music Hall the very next night, as well, for either a second chance or a bonus round. // 8 p.m., $39.50 – $65, AA // TIX + INFO – J.V.

Thursday 12/23: Devon and Ryan Gilfillian at The Music Hall at World Cafe Live

Of all the expats coming home to Philly for the holidays, we at XPN are perhaps the most excited to welcome back soul musicians Devon and Ryan Gilfillian. The two XPoNential 2021 alums will be downstairs at World Cafe Live on Thursday, kicking off the start of the holiday break. Be prepared to hear heartbreakingly beautiful covers of Marvin Gaye off Devon Gilfillian’s What’s Going On, as well as tunes from this year’s Black Hole Rainbow, which is currently nominated for a Grammy Award for Best Engineered Album. The Gilfillian brothers also hope to raise awareness about wheelchair advocacy; all proceeds from the show will go towards a new wheelchair for Ryan. Arthur Thomas & The Funkitorium and SnackTime open this star-studded show. // 8 p.m., $22-40, AA // TIX + INFO – P.W.

Fun-loving indie hip-hop duo Little Stranger brings their boundless creativity to Ardmore Music Hall with special guests Dry Reef, Kuf Knotz, and Christine Elise for a “holiday throw down.” There’s no telling exactly what that entails, but the show will be joyful and full of energy. If you’re leaving town for the holidays, you can still catch songwriter Kuf Knotz with harpist Christine Elise on XPN’s Home for the Holidays special, a live video series of Christmas covers by your favorite local artists which streams on 12/21. // 8 p.m., $15, AA // TIX + INFO– P.W.