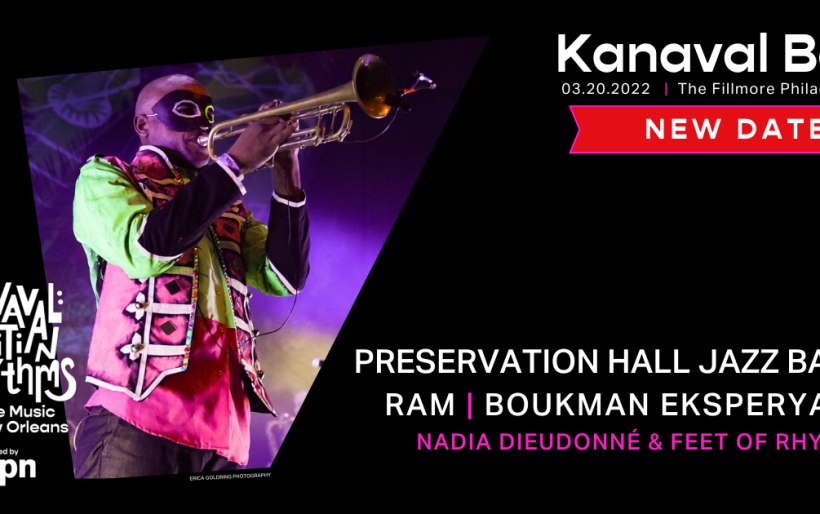 This weekend’s Philly Kanaval Ball, the capstone event to WXPN’s year-long project Kanaval: Haitian Rhythms & the Music of New Orleans, has been postponed. The event, which was set to feature performances by New Orleans institution Preservation Hall Jazz Band, as well as Haitian roots music ensembles Ram and Boukman Eksperyans, and the dance troupe Nadia Dieudonné & Feet of Rhythm, will now take place at The Fillmore Philadelphia on Sunday, March 20th.

In collaboration with the artists in Haiti and New Orleans and other project partners, the Kanaval Ball scheduled to take place this Sunday, January 9 at the Fillmore, Philadelphia, is postponed to March 20, 2022, and will still be held at the Fillmore. If you were already registered for the event, you are still on the list.

For those who have not signed up yet and wish to attend the rescheduled date on March 20th, head to the Kanaval website to RSVP.

Kanaval is made possible by a grant from the Pew Center for Arts and Heritage, with additional support from The Wyncote Foundation.