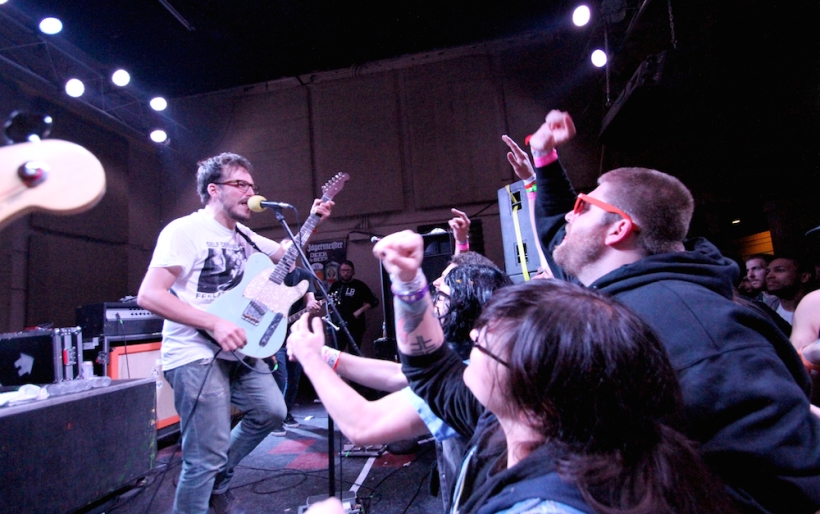 It’s been some three years since last we’ve heard from amped-up Philly rockers Restorations, and though their first track back is a cover, it absolutely delivers.

The band put their spin on “Radio Free Europe” from R.E.M.’s debut LP Murmur, cranking up the amplifiers and dialing in the distortion enough that it feels like a Restorations song, but otherwise keeping the pace and arrangements true to the original.

The song was released today as a preview for Volume 3 of Matthew Rosenberg and Tyler Boss’ comic book series What’s the Furthest Place From Here?, each edition of which comes with a split 7″. For the single, they’re paired with Philly pals Nothing, who contribute a cover of Big Star’s “Holocaust”; you can order the deluxe comic with the 7″ here before it officially releases on February 2nd.

Other volumes of the series include Screaming Females covering The Selecter and Worriers taking on Mission of Burma; future editions will have Chubby and the Gang playing a song by The Kids, Spiritual Cramp covering Radio Birdman, AAJ singing a Joe Jack Talcum song, and AVAIL’s Tim Barry covering John Prine.

Take a listen below. As Restorations Tweeted, this should tide fans over while they’re busy writing a new record.