Lucius returns with discofied new song "Next To Normal," Fillmore date in May - WXPN | Vinyl At Heart 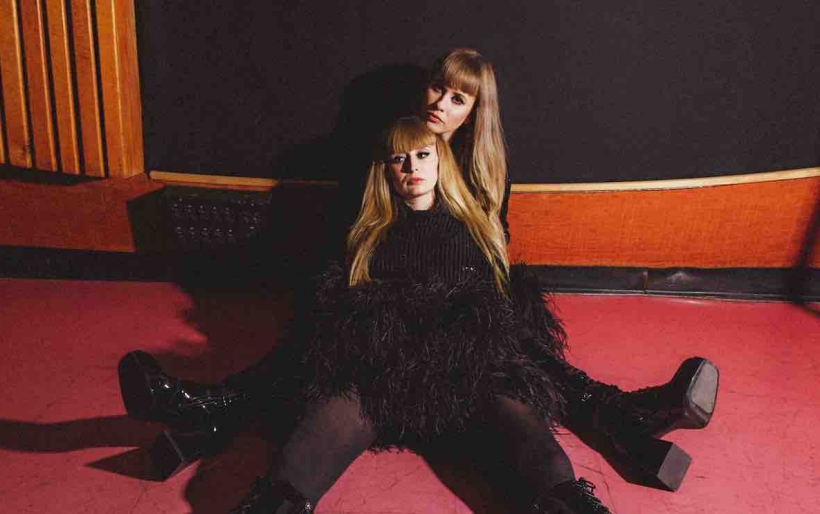 Lucius | photo by Max Wanger | courtesy of the artist

Lucius returns with discofied new song “Next To Normal,” Fillmore date in May

Lately we’ve been hearing the voices of Holly Laessig and Jess Wolfe as side players on acclaimed albums — Brandi Carlile’s In These Silent Days, The War on Drugs’ I Don’t Live Here Anymore — but this year they’re returning to the spotlight as Lucius.

This April the band will release its third LP, and first since 2016, Second Nature. Produced by Carlile as well as Dave Cobb, it’s out April 8th on RCA Records, and according to the band’s announcement today, will thematically focus on big changes on the rocky road of life: becoming a parent, ending a marriage, and encountering career roadblocks.

“It is a record that begs you not to sit in the difficult moments, but to dance through them,” says Wolfe in a press release. “It touches upon all these stages of grief—and some of that is breakthrough, by the way. Being able to have the full spectrum of the experience that we have had, or that I’ve had in my divorce, or that we had in lockdown, having our careers come to a halt, so to speak. I think you can really hear and feel the spectrum of emotion and hopefully find the joy in the darkness.”

To that end, the album’s lead single — “Next To Normal” — is a vibrant discofied pop jam; watch its colorful and prismatic music video below. In addition to their bandmates in Lucius — guitarist Peter Lalish, drummer Dan Molad — the record features guests like Sheryl Crow on backing vocals, along with Carlile herself.

“Lucius has been one of my favorite bands since their first studio album,” Carlile says. “I kept running into them at festivals and finding myself mystified by their power. This album feels like home to me and anyone growing up surrounded by 80s and 90s pop, but somehow Second Nature is the beginning of a new era—not just for Lucius, but for all of us.”

The band also charted its 2022 tour in support of Second Nature, which features a May 7 date at The Fillmore Philadelphia. Tickets and more information can be found at the XPN Concert Calendar, full tour schedule can be found below. Preorder Second Naturehere and watch “Next To Normal” below.