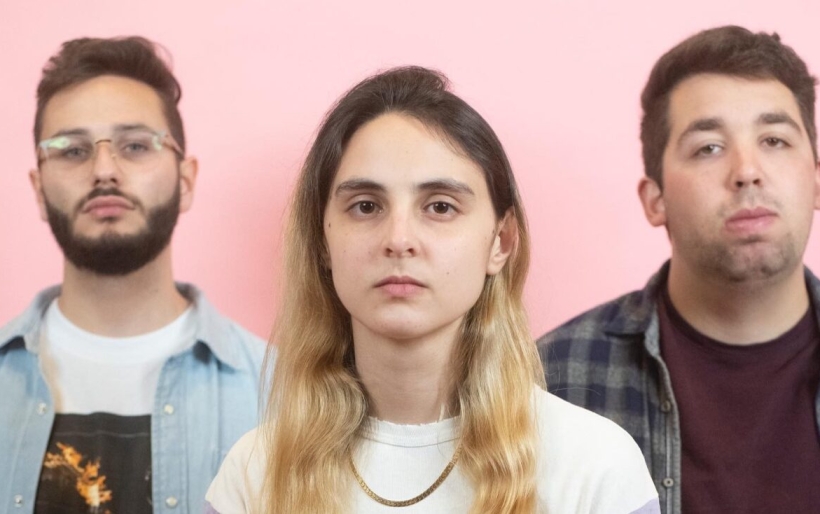 Philly trio Carly Cosgrove have turned a lot of heads over the past few years, particularly last July when they headlined 4333 Collective’s legendary DIY Super Bowl at Underground Arts — one of the first big post-lockdown concerts in the scene.

This week we got news that the band’s first full-length record is coming out on March 25th on Wax Bodega. Recorded at Fishtown’s Headroom Studios with producer Joe Reinhart, the songs released from the record so far find the band stretching themselves stylistically and creatively.

Their new single “Really Big Shrimp” starts on an emo-adjacent note with twinkling guitar harmonies and lyrical self-owns like “Seven songs in two years, and somehow you’re not bored yet.” The energy swells, then shifts gears at the mid-way point with gang vocals in a choral cadence, building back up to a soaring trumpet solo by Andrew Toriello — it’s a little bit Foxing, a little bit Phoebe Bridgers.

The song finds Carly Cosgrove vocalist Lucas Naylor singing about finding yourself and chasing your dreams while you’re still able:

I cleared the bar I set. What more could I achieve?
I know this room so well that I’m afraid to leave
I just wanna cut my teeth a few more times
Keep away from tempting signs
Make no friends and take no risks
So no one gets to fuck with this

Listen to “Really Big Shrimp” below and pre-order See You In Chemistryhere. Carly Cosgrove is hitting the road in April with Chicago’s retirement party, and their announcement for the single and the tour concludes by saying “Ps: Philly we have something special for y’all just wait �@.”