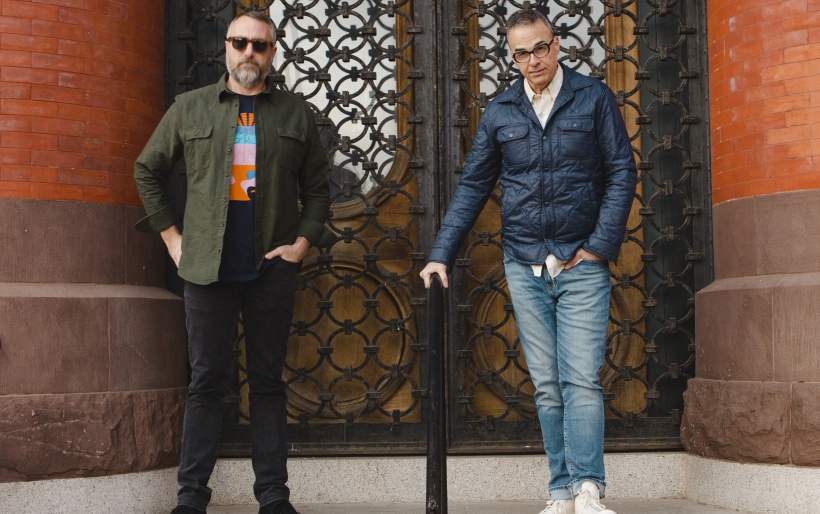 Later Fortune | photo by Mark Schreiber courtesy of the artist

The last we heard new music from Later Fortune was three years ago, but as the duo so succinctly puts it in a press statement: “patience pays.” “Lateral To The Devil” is an eerily calm track with ambient electronic layers over warm acoustic guitar, and airy, effortless vocals reminiscent of Grizzly Bear’s Daniel Rossen. “My usual songwriting process is coming up with a mostly realized song on guitar,” says Howkins. “Later Fortune has been a complete departure from that.”

Unlike the music, which was carefully planned and practiced, the lyrics for “Lateral To The Devil” were improvised. The idea was to focus more on the mood of the song than any specific message, and Howkins was surprised with the results. “I was thinking about the lyrics and what was going through my head when I wrote them. They could come off as kind of serious or pretentious, but I thought the idea [that he was sitting lateral to the devil] was actually pretty funny, and that was my intent. I liked the idea of commiserating with the devil and asking for a little sympathy from him about what it means to be human.”

Along with “Lateral To The Devil,” Later Fortune also recently released their cover of David Bowie’s  “Win,” which ironically Howkins had never heard before Delcampo suggested it. It’s a bold move to cover such a legend, but for Delcampo, it’s the memories associated with the song that make their cover so special. “I remember hearing ‘Win’ as a kid, lying on the bedroom floor with headphones, Christmas lights flickering,” he says. “It’s just one of those implanted youth-related feelings that invoke a warm recall.” Like in “Lateral To The Devil,” Later Fortunes leans into a dark and gloomy mood.

Give both songs a listen for yourself at the link below.