Sunflower Bean pivot to pop-rock with new disillusioned single "Who Put You Up To This?" - WXPN 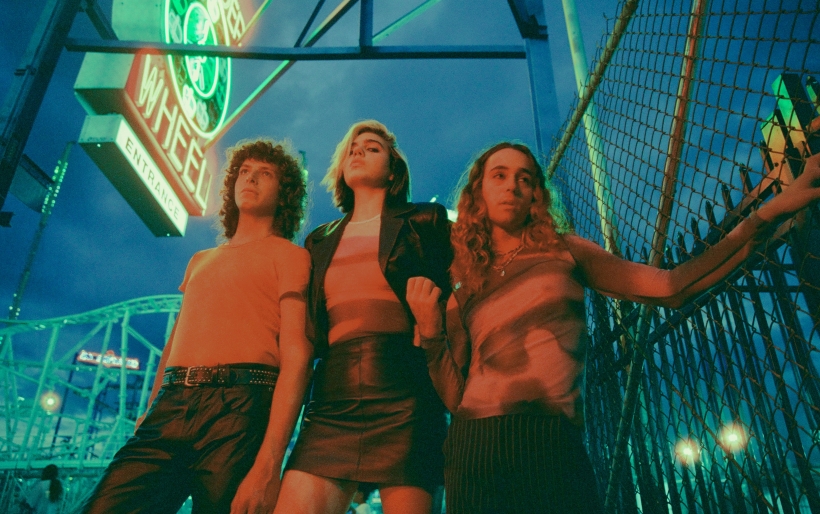 Sunflower Bean | photo by Driely courtesy of the artist

Sunflower Bean pivot to pop-rock with new disillusioned single “Who Put You Up To This?”

Brooklyn indie rock trio Sunflower Bean released a new single and music video for “Who Put You Up To This?” today, ahead of their forthcoming album Headful of Sugar out via Mom + Pop Records on May 6th. The band will be coming through the Philadelphia area twice on tour in 2022, with one date at Phantom Power on March 5th and another at The Foundry on May 14th.

Sunflower Bean has already hit some major milestones in their careers, like playing festivals Bonnaroo and Lollapalooza (as well as XPoNential Music Festival) and opening on tour for giants Beck and Courtney Barnett. In 2018, their sophomore record Twentytwo in Blue celebrated each member turning 22 that year, and also won high praise in the pop-rock and nostalgic classic rock sphere.

With Headful of Sugar, Sunflower Bean hopes to communicate the frustration of living in “late capitalism” and the modern world of the “24-hour newscycle, soulless laptop jobs, and dozens of brands of hard seltzer.” Hear more from them with the release of the new album on May 6th and either of their upcoming Philly-area shows. Tickets and information can be found at the XPN Concert Calendar. Watch the video for “Who Put You Up To This?” below.