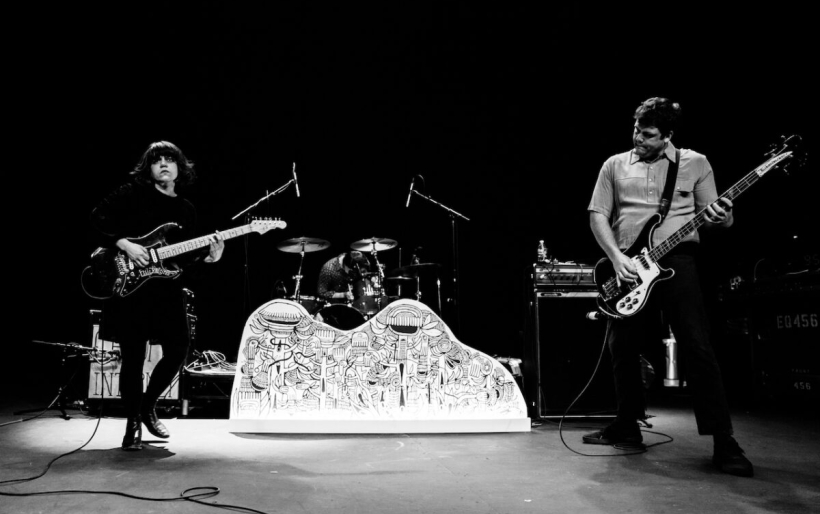 Long Neck opened the night up with high energy and a joyful on-stage presence. They were the only band on the bill I wasn’t familiar with going into the show, and I was very happy I got there early to hear their set because they did not disappoint. I listened to their albums Will This Do? and World’s Strongest Dog on my ride home.

Oceanator followed with another lively performance. The last song of their set, “Inhuman” was incredibly powerful, with the audience watching in total silence as Elise Okusami spoke the words of the verses then crescendoing into the chorus with her full band joining in.

Mannequin Pussy played next. They had the audience moshing full throttle with songs from their self-titled debut album all the way through their latest EP Perfect. Frontperson Marissa Dabice alternated between playing guitar and singing, and putting the guitar aside to focus on vocals. Meanwhile, bassist Bear Regisford took the mic to close the set with “Pigs Is Pigs.”

Screaming Females ended the epic night. Marissa Paternoster captivated the audience with her enthralling vocals and performance. The band did an (unexpected but much appreciated by my emo self) cover of “Helena” by My Chemical Romance.

While next years lineup is not announced yet, fans at the show got cards that read:

So if you missed out this year, save the dates! It’s definitely not a party to miss. Check out a full gallery of photos from the show below.