Kurt Vile's new album '(watch my moves)' comes out in April on Verve; watch a trippy video for "Like Exploding Stones" - WXPN 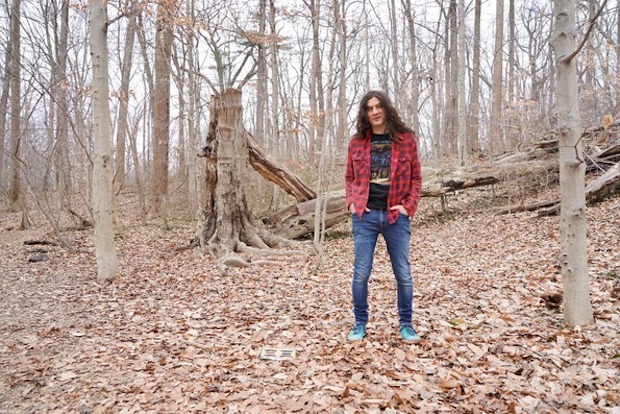 Kurt Vile | photo by Adam Wallacavage | courtesy of the artist

Kurt Vile’s new album ‘(watch my moves)’ comes out in April on Verve; watch a trippy video for “Like Exploding Stones”

Philly singer-songwriter Kurt Vile is making his Verve Records debut this year, and his first song for the new label doesn’t hold back in any kind of way. “Like Exploding Stones,” out today, is seven and a half minutes of drifting, dreamlike licks and interlocked arrangements, with Vile’s trademark non-sequitur wordplay.

The Sean Dunne-directed music video for the song finds Vile and his guitar walking along a pedestrian trail in Northeast Philadelphia, then dropping in on a roller skating rink where Sun Ra Arkestra’s James Stewart is performing.

The song is but a taste of (watch my moves), Vile’s ninth studio album, which will contain 14 originals and a cover of “Wages of Sin” by Bruce Springsteen. The record features guests like Chastity Belt, Cate Le Bon, and Vile’s longtime bud Stella Mozgawa of Warpaint. Vile recorded it at his Northwest Philadelphia home studio, which he’s dubbed OKV Central. From a press release:

“When Waylon Jennings became an outlaw country artist, he liked to record at Hillbilly Central, which was Tompall Glaser’s studio. OKV Central is my version of that in Mount Airy. I’ve come into my own here, and at the same time I’m getting back to my home-recording roots.”

The album is is out on April 15th, and can be pre-ordered here. Kurt’s expansive U.S. and European tour was announced today, and includes two nights at Union Transfer on Friday June 3rd and Saturday June 4th; Natural Information Society opens night one, Sun Ra Arkestra opens night two, and tickets and more information on both can be found at the XPN Concert Calendar.