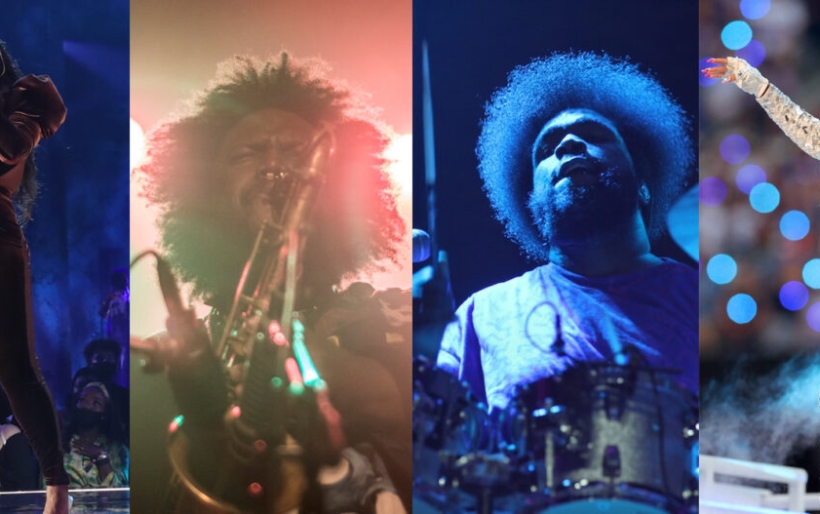 When the Roots Picnic had its last in-person installment in 2019, it had just settled into a glorious new home — the verdant expanse of The Mann Center for the Performing Arts. Though it’s mostly been radio silence from the festival since its early-pandemic virtual edition, today we have word that the Philly hip-hop heroes’ hometown throwdown is still very much a thing, is still on, is still in the pastoral Fairmount Park setting, and this year, is double the fun.

“Since it’s been 2 years…we had to come back skrong,” Ahmir “Questlove” Thompson Tweeted yesterday. “why not 2 days w two different lineups? �Ĩ�Ĩ�Ĩ�Ĩ�Ĩ”

The Instagram teaser linked from Quest revealed that the Picnic would take place over the course of a weekend — Saturday June 4th and Sunday June 5th at The Mann. And today, Thompson used his IG to give us a look at who’s playing: a star-studded lineup featuring hip-hop / R&B singer-songwriter icon Mary J. Blige, fresh off her much-talked about performance at the Super Bowl halftime show, backed by The Roots; saxophonist and composer Kamasi Washington, who has just started teasing his first new material in two yeasrs; and Philly born-and-raised singer-songwriter Jazmine Sullivan, who received a ton of acclaim for her 2021 album HEAUX TALES.

And that, of course, is just for starters. Postmodern Philly rap / pop / R&B artist (like her 2021 EPs say) Tierra Whack returns for her second Roots Picnic, along with Atlanta’s Summer Walker, who was slated to perform at 2020’s cancelled show. Acclaimed pianist / composer Robert Glasper will play a collaborative set with another Philly native, Bilal, while a Soulquarians jam session is also on the books featuring Keyshia Cole, SWV, and Philly neo-soul progenitor Musiq Soulchild. The live mixtape with Black Thought and J Period, always an unpredictable Roots Picnic highlight, this year features Rick Ross and Benny The Butcher.

And on the festival undercard, we’re excited to see serpentwithfeet. in the mix — their 2021 album Deacon is sublime — as well as a DJ Jazzy Jeff and Rakim set (whaaat??), uptown rappers Kur as well as Macc N Cheese, singer Aquil Dawud. And on and on.

Tickets go on sale Friday, February 18th at 10 a.m., with a pre-sale happening now; more information can be found at the festival website. Listen to music from some of the artists on the festival below.