Give Them Their Flowers: D Is For Darius on reggae, dancehall, and Philly DJ culture - WXPN 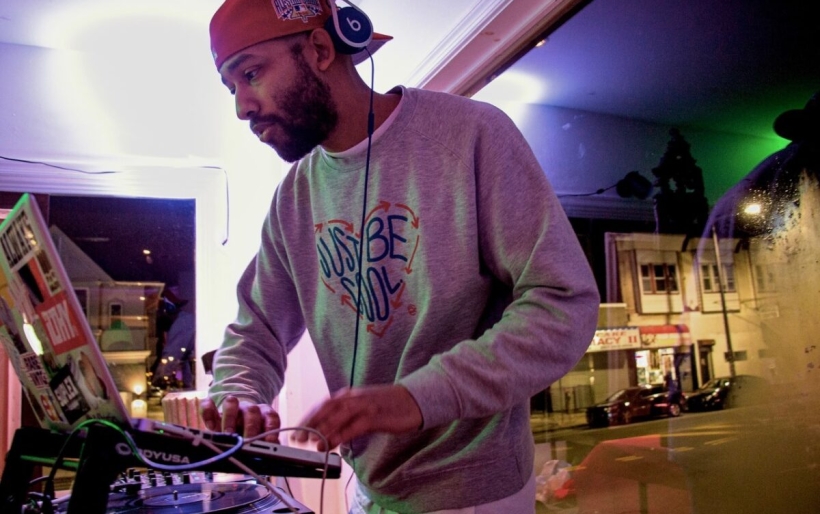 D Is For Darius aka Mr. Julia | photo by Jabari Ameer

Give Them Their Flowers: D Is For Darius on reggae, dancehall, and Philly DJ culture

The one thing I’ve learned about the DJ community in Philadelphia is that it’s very diverse and supportive of one another. The DJs in the city differ from one another in age, race, gender, and hometowns. However, the rewarding feeling all of them get knowing that four hours of orchestrating a mix can take people away from any of their problems for the night is what keeps these talented mix masters going and supporting one another. This reason is why up-and-coming DJ D Is For Darius wanted to join the community within the past couple of years.

The south Jersey DJ has always been in the cut observing his surroundings, even when he worked as a board operator / personality for Temple University’s radio station WHIP. However, his love for music and putting together a mix that gets people dancing is what created a desire to get into the spotlight more by networking and spinning with peers like DJ Na$h and Rebel Foster, offering his talents for events for by The Artistry Collective and Jaylatay, while also throwing a couple parties of his own.

On this episode of Give Them Their Flowers I was able to bring him on to talk about his influences. We discussed how his father’s love for funk correlated to his love for g-funk. We also learn the origins of his interest in reggae and dancehall music, and how his late childhood neighbor, Mrs. Julia Bledsoe, introduced him to music, inspiring him to change his stage name to Mr. Julia.

…on his introduction to music as a child.

Rest in piece, there was a family friend of ours, Ms. Julia. She was basically like when I was young, she babysat me. She was basically like the cool mom — at my house, the channels were getting blocked, so I couldn’t really watch BET or MTV. But when I went to Ms. Julia’s house, I was able to get that, so when I’d be there, she just let me roam free, do what I want. ‘Cause I wasn’t really doing too much.

…on how hip-hop bridges generational gaps.

I’m very much big on LA hip-hop because my dad was very big on funk. And George Clinton, he’d work with 2 Pac on the All Eyes On Me song (“Can’t C Me”). So my dad has his funk, but I had G Funk, so I could listen to Dogg Pound, I could listen to 213. I could listen to all these things and it’s just like, oh, this is for me because it’’s the new generation.

And my dad is kind of like me, he’s very to himself, real reserved. He doesn’t really speak unless spoken to. He wasn’t really the dad that’d be like “I’mma play you this.” He has it on, and I’m just in the cut just listening, like “Allright, I like this stuff.”

…on how he became a fan of reggae and dancehall.

The first dancehall I heard was Sean Paul, because he was one of the first people who was super big to cross over. I remember that same day, I was in my basement, Sean Paul’s “Get Busy” video came on, it the literally new joint at 106 and Park. I’m not from a Caribbean background, so I thought it was somebody who was rapping a different way from a different area of the nation. I didn’t know anything about patois or that type of environment. When I was it, I was just like “this is cool.”

As I got older, I think the reason why it bridged the gap, I think of Beenie Man and all the things he did with The Neptunes and Pharrell. Like when he did “Feel It Boy” with Janet Jackson. That’s the crossover that kind of helps me, and of course when I get to college, I’m around more people who are Guyanese, they’re Jamaican, they’re Trinidadian, I’m hearing all these things and getting a broad sense of it. These are the first generation kids, so this is the stuff they heard that their parents played, or that they knew growing up.

…on what he appreciates the most about Philly’s impact on music.

It definitely does offer a lot DJ-wise. Lean, Taj, Hvnlee of course. I think it’s that they’re not afraid to take risks. The DJs are very open, they’re not missing, they’re very up to date. And Hvnlee, she’s playing all women artists, and that needs to be respected. And if you look at hip-hop right now, I wouldn’t say it’s female dominant, but the females are killing the game with the sounds they have.

It’s diverse, too. It’s not just one specific lane, where it’s like “well, this is what I’m gonna get.” It’s really diverse if you go to different bars, different venues. You have a lot to pick from. And you’re going to be more exposed to a lot of sounds, and I wouldn’t think I would hear this here. It’s always good to have options. It’s one thing to be like, you know what to expect…it’s another to be like “alright, how’s the night going to go?”

And a lot of these places, Kung Fu Necktie, The Barbary, they’re very intimate. It makes the music feel better, the atmosphere.

During our conversation, D Is For Darius namechecked new fewer than 13 songs off the top of his head, taking about the music that shaped him as a youth to the music that pushed him towards dancehall. Below, listen to a playlist of all 13 of those songs.