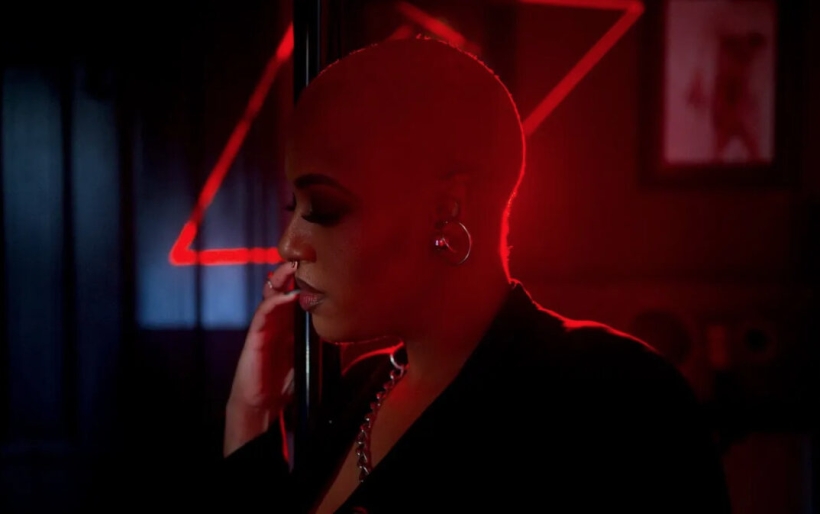 Jacqueline Constance is a bad-ass, gothic boss in their new video for “DFWM,” which if you don’t already know, stands for “don’t fuck with me.” And we wouldn’t dare. Available exclusively on the streaming service Audiomack, “DFWM” is an aggressive mantra set to a sultry beat embellished with airy organ sounds and a heavy, reverberating bass tone.

“As this year has changed, so have my ideas around life,” says Constance about “DFWM.” “This song is my declaration to anything that doesn’t have my best interest in mind and the boundaries I use to keep those things at bay.” As powerful as Constance appears in the video, they also transfer that power back to their audience, allowing them to use this song as a reminder to “set your line in the sand.”

“DFWM” follows another audio/visual project by Constance released in January. “Volume 1 – A Visual Beat Tape” by GentleJawns, aka Constance and Joie Kathos, is an experimental soundscape project accompanied by four short conceptual videos. Each vignette is visually stunning, and adds another dimension to GentleJawns’ instrumental music. “You’re A Star” stands out in particular though for its soft, choreographed dance performed by Kathos in silhouette.

Watch the links below for both of Jaqueline Constance’s most recent projects.