Lo Moon celebrates 'A Modern Life,' plays their first show since 2018 at Free at Noon - WXPN | Vinyl At Heart 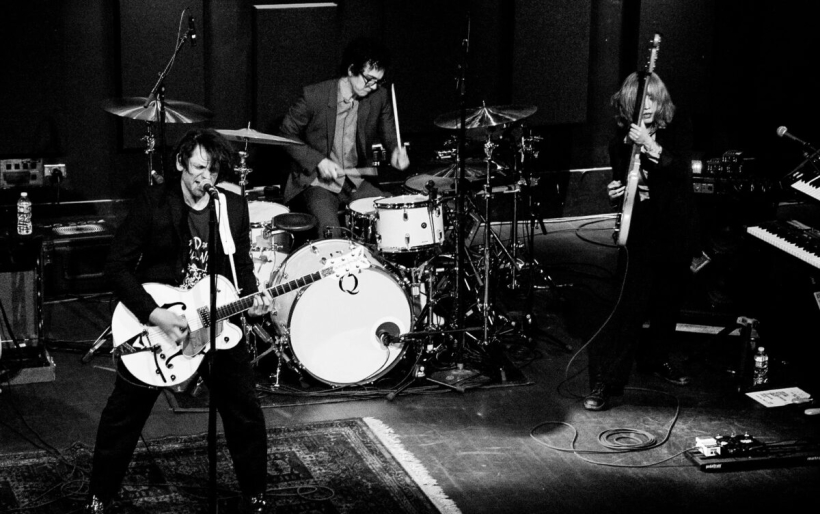 Lo Moon celebrates ‘A Modern Life,’ plays their first show since 2018 at Free at Noon

The band was also celebrating their first time back together onstage — not just since the before times, but since their last album cycle wrapped up in Indianapolis on October 25th, 2018. “Thank you for welcoming us back, this is our very first live show in four years,” said lead singer Matt Lowell. “I don’t think we’d want to do it anywhere else.”

Soaked in deep blue lights, the band opened on the properly epic sprawl of “Carried Away” from the new record, followed by the driving “Expectations,” which contrasts youthful ambition with the reality of adulting: “When I was sixteen, I had such big dreams / but I was born with let down expectations.”

With muilti-instrumentalist Crisanta Baker joining on vocals, Samuel Stewart on guitar, and Sterling Laws providing a dynamic backbone on drums, the band showcased the new record — “Raincoats” hummed like Momentary Lapse of Reason-era Pink Floyd — and they also highlighted favorites from their self-titled debut, including the Peter Gabriel-esque “This Is It”

Lo Moon returns to Philly on Thursday, March 24th, to headline Johnny Brenda’s — tickets and more information can be found at the XPN Concert Calendar.