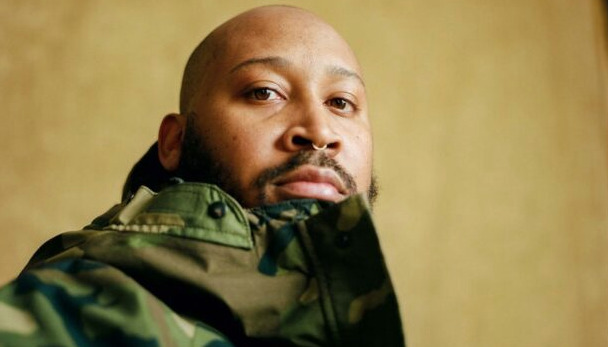 Bartees Strange’s career has hit another milestone: the Washington, DC-based songwriter has signed to 4AD records, home of his personal heroes The National among other big talents, and released a new song and video called “Heavy Heart.” Directed by Mannequin Pussy’s Marisa Dabice, “Heavy Heart” expresses the guilt Strange feels about the many aspects of his rise to popularity, including the success of his acclaimed debut Live Forever in 2020 juxtaposed with suffering caused by COVID-19.

As Strange told Rolling Stone, “A big part of why I make music is so that people who look like me can feel like they can do it, too. I hope that when a Black kid from Yukon, Oklahoma, picks up my record, they’re like, “Oh, this Black guy, he doesn’t know shit about music at all, but look what he did.’”

Bartees Strange is on tour with Car Seat Headrest this spring, with a Franklin Music Hall show on April 1st. Tickets are available on the XPN Concert Calendar. Watch the video for “Heavy Heart” below, and take a close look for Philly music folks in the mix: producer Will Yip appears on drums at the one-minute mark, while Taylor Kelly and Koof Ibi rock out on trumpet at the two-minute mark.