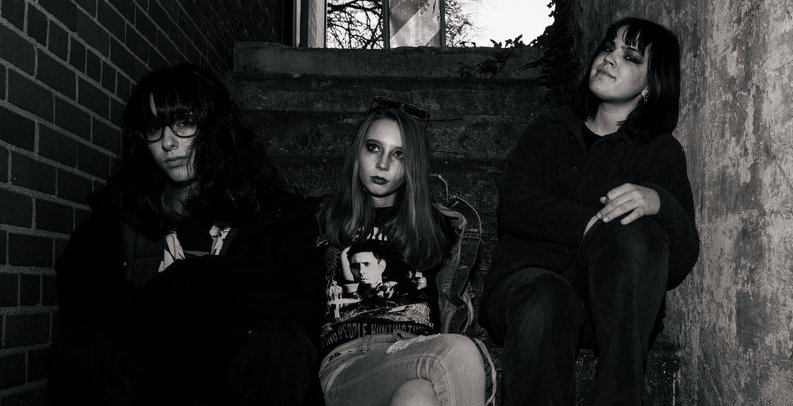 Froggy | photo courtesy of the artist

When Philly-area punk trio Froggy performed live on The Key Studio Sessions last month, they were super stoked to share news of their latest single “Jimmy’s Song.” It came out on Friday, and after a few days of it rocking our speakers, it’s easy to hear what they were so excited about.

It’s a slamming, rowdy cut sung by bassist Brooke Feenie, with backups by guitarist Morgan McClain and a fast-paced beat by drummer Fiona Boyd-Clark. The band said on Instagram that it is “about a unique type of heartbreak and rejection.” Over on Bandcamp, they elaborate: “This song is about the heartbreak of finding out somebody you love is in love with another person,” and you hear that in lyrics like “She’ll never get you like I get you. / How much longer do I have to plead? / You pretend not to see me bleed. / Made me think I was special, thought you were special too.”

The song’s massive sound is elevated thanks to mastering engineer Bill Stevenson of The Descendents at his studio The Blasting Room — Feenie was particularly excited to share this detail when the band was at WXPN — and now that the single is out, Froggy has a busy month of shows ahead of them.

They’ll open for The Warhawks’ headlining gig at the First Unitarian Church on March 12th (UgLi and The Dead Flowers are also on that bill). They’ll play North Penn Social Club in North Wales on March 19th with HIRS, The Bad Ups, and LMI (as a former Montgomery County youth, I love that this is a show that exists). And they’ll play the Khyber on April 2nd with Full Bush, Nowhere, and NYC’s Nihiloceros.