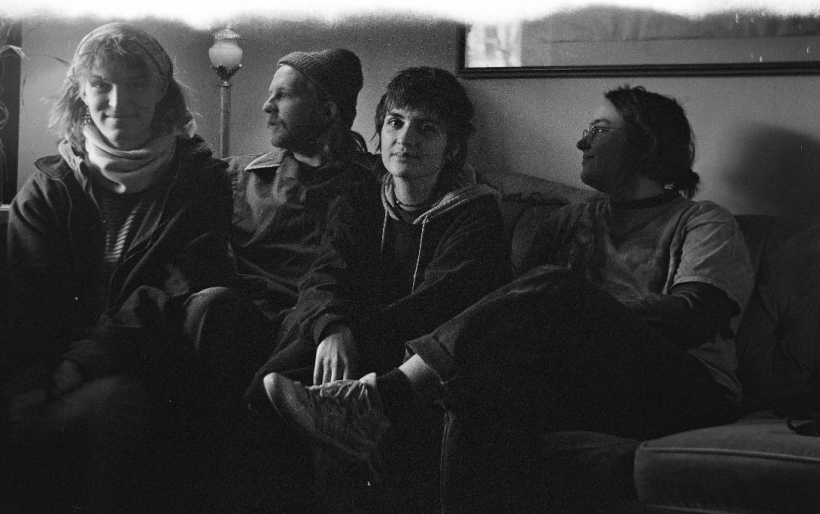 Sadurn | photo courtesy of the artist

Sadurn gets lost in nature in their new “Golden Arm” video

Philadelphia indie-folk band Sadurn, the project of singer-songwriter Genevieve DeGroot, is gearing up to release a stunning debut called Radiator on Run For Cover Records this spring. After announcing the news with the song “snake,” the band shared another teaser of the album this week — “Golden Arm,” a song with a gentle twang, an emotive delivery by DeGroot, and a beautiful music video that shows them singing in a sunflower-speckled field.

In a press release, DeGroot says:

“I wrote this song at the same time as ‘snake,’ while doing a work exchange on a homestead in North Carolina. It kind of all came out at once, which feels like this lucky occasion when you’re writing songs. I didn’t think much of it in its initial form, it felt like more of a poem than a story. But playing it with the band for the first time, and then later adding the synth and the slide guitar and coming up with the harmonies when we made the recordings, all those layers really brought it into a different special realm. The video came about very serendipitously when Amelia and I were on a road trip back in the Fall with another friend. We found this amazing camping spot and decided to shoot a video on Amelia’s camcorder – the landscape there really felt like it fit with the song.”

Watch the video below, pre-order Radiatorhere — it’s out on May 6th — and catch the band April 10 with Shannen Moser, Ther, and Deer Scout at PhilaMOCA. Tickets and more information on the show can be found at the XPN Concert Calendar.