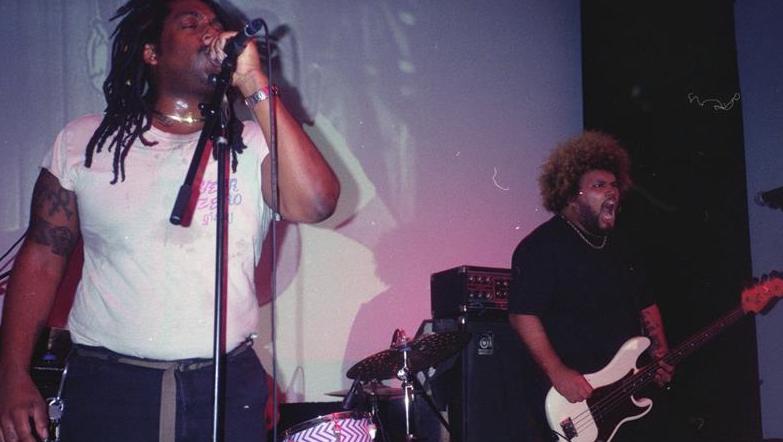 Soul Glo | photo by Alyssa Rorke | courtesy of the artist

We’re about two weeks out from Diaspora Problems, the Epitaph Records debut from visionary Philadelphia punk rock outfit Soul Glo. The band recently shared another teaser of the album in the run-up to release, and while the first single was a barreling guitar-riff rager, this one dabbles into the dissonant electronic / hip-hop tones the band began exploring a few years back — sounds in the vein of Death Grips and Armand Hammer.

Between those big bass blasts, we hear frontperson Pierce Jordan teaming up with Philly artist Mother Maryrose for bars breaking down the toxicity of capitalism and wealth inequality, going back some four decades — “Elites don’t fight fair, I got no time to care / 40 years of reaganomics / N____ this what we get, N____ it is what it is / The world in service n shit, Deliver food we spit in.”

Dive into the lyric video below, and pre-order Diaspora Problems here; the album is out March 25th on Epitaph, and the band’s next Philly show is June 10th at The Fillmore Philly for the Decibel Beer and Metal Fest. More information can be found at the XPN Concert Calendar.