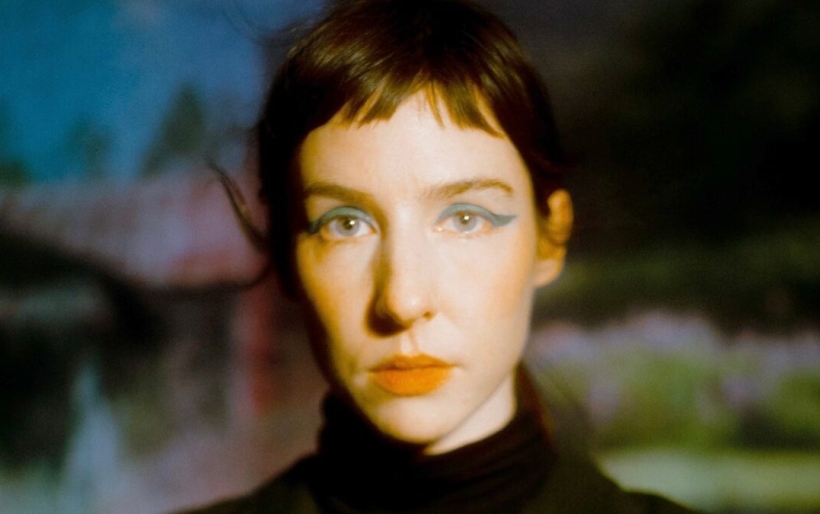 “People constantly grow and change,” says Kristine Leschper of her new record. “How could the music stay the same?”

Kristine Leschper continues to roll out new art associated with her solo debut record, The Opening, Or Closing Of A Door with a video for the record’s fourth track – and groovy standout – ”Blue.” The video shows Leschper characterizing the anxious lyrics of the song on the dancefloor of a hazy club. Choreographed by Sharleen Chidiac, the dance at the center of the video mimics “Blue”’s uncertainty and mismatched musical influences.

“There’s a disconnect between the music and lyrics, probably because the original demo of this song sounded like a medieval funeral dirge,” says Leschper in a press release. “So the words still have an unsettling quality, but the musical backdrop eventually morphed into this sexy disco track; I like the push and pull of that, it feels like the dissonance between adds a complexity to both elements.”

“Blue” by design won’t sound like anything you’re familiar with from Leschper’s former project, Mothers. As she described to The FADER for the video’s release, “curiosity and discovery are the experiences that keep me deeply invested in music.” And it’s this belief of Leschper’s that keeps her music on the cutting edge, free from popular references or nostalgia traps. “People constantly grow and change… How could the music stay the same?”

“Blue” and the rest of Leschper’s chilling and impressionist The Opening, Or Closing Of A Door are available now. Kristine Leschper will play Johnny Brenda’s with support from Kassie Krut on April 9th. Tickets are available on the XPN Concert Calendar.