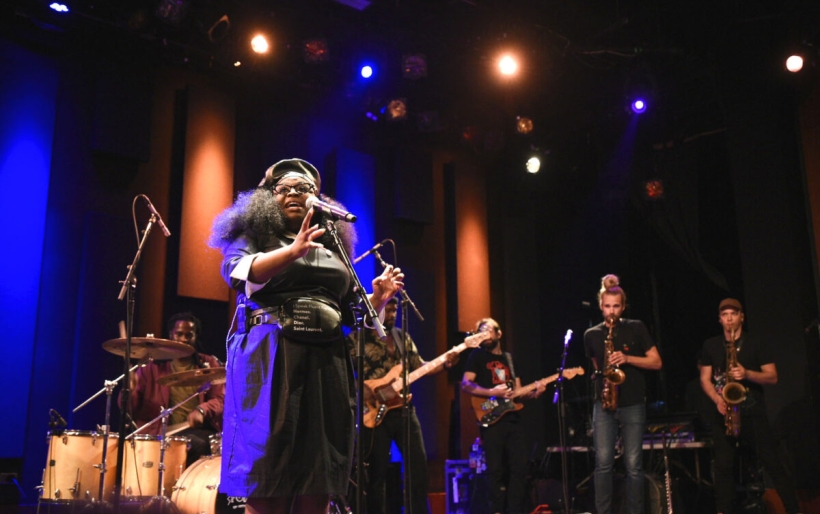 Making their debut at Free at Noon, but being no stranger to public radio, was the New Orleans-based groove-soul outfit Tank and the Bangas. Since winning NPR’s Tiny Desk Contest in 2017, the eight-piece band led by Tarronia “Tank” Ball have launched their career into festival stardom, bringing the sound of New Orleans all over the country. And not classical New Orleans, like the Bourbon St. performers you may be thinking of — although there’s no doubt Tank’s gifted musicians take inspiration from some of jazz music’s best. But Tank and the Bangas is something new, so brimming with raw emotion that they’re not to be missed live. 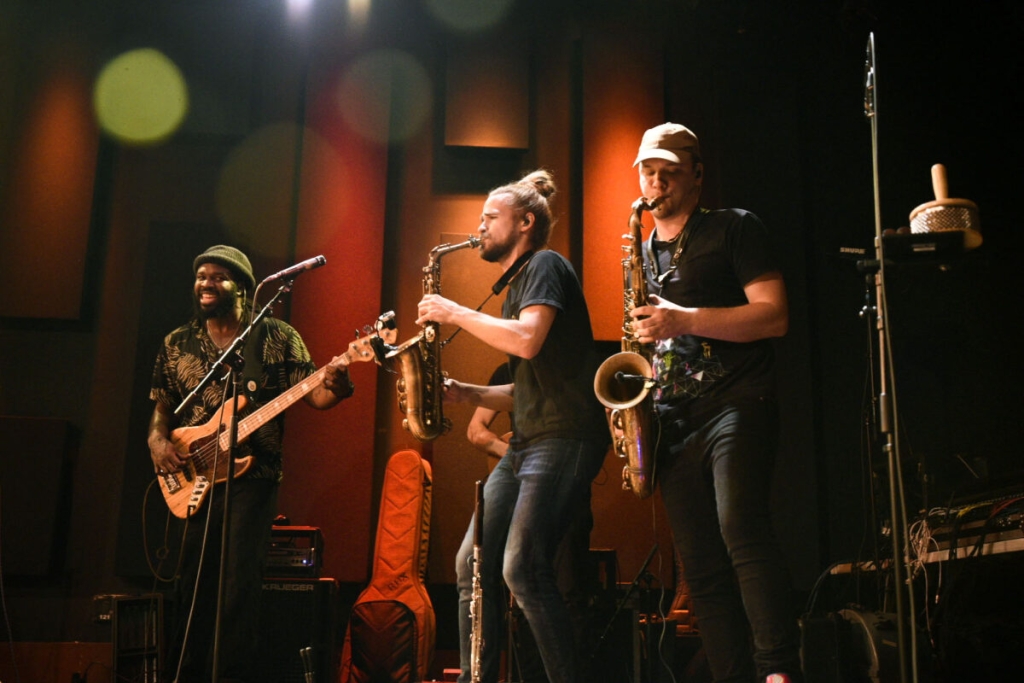 Tank and the Banga’s generous 50-minute Free at Noon set started with familiar tunes from 2019’s Green Balloon. Highlights included a soulful tenor sax solo, tight percussion embellished by rim clicks and auxiliary instruments, and Tank herself using her voice as a melodic and rhythmic instrument. Tank gives her songs satisfying narratives in both the lyrics expressed in spoken word breakdowns, but also the pacing and climax of her voice. With this formula, she could — and did — turn a shopping list into a heartfelt verse. 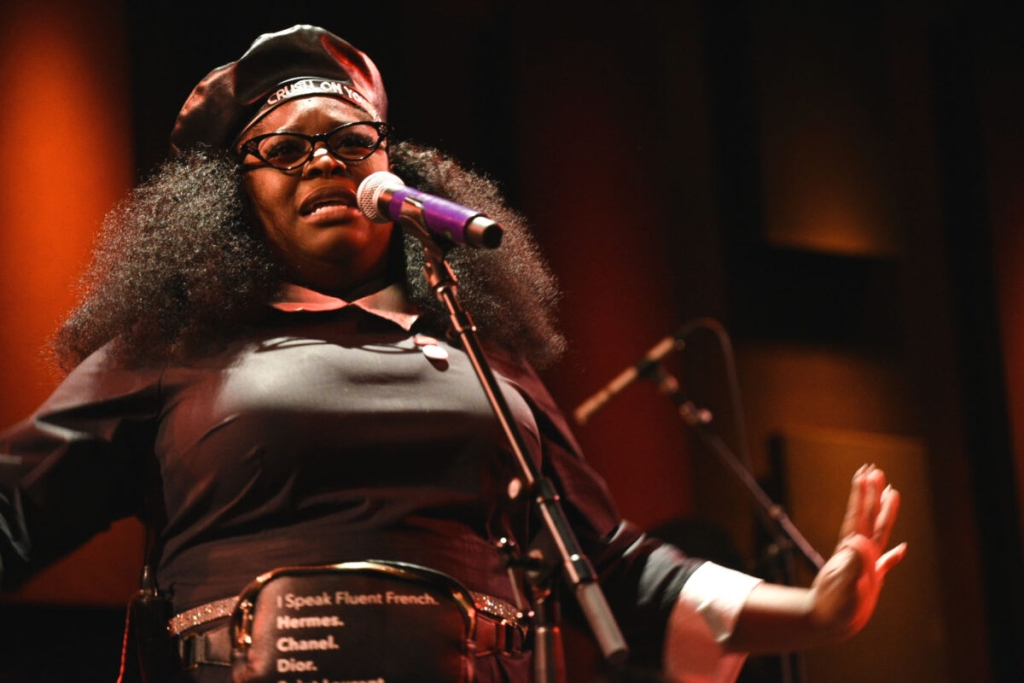 In the middle of the set, the lights changed to deep red, casting a fierce, monotone vibe over the stage, signaling the following songs were from their upcoming record Red Balloon out May 13th. This latter half of the setlist encompassed genres from smooth jazz to hip hop, and ended strong with a high-energy rock and roll finale. Atmospheric wind chimes and additive layering of instrumental parts characterized the slower and especially poignant moments of their set, including single “Black Folk,” which left the audience with a heavy impression of Black life in America. Tank sang, ”Black…sounds strong, looks like sacrifice / it’s flowers blooming in the summertime.”

The afternoon crowd hung onto every note the band played up until the very end.  Listen back to the show and see the gallery below for more pictures from their set.