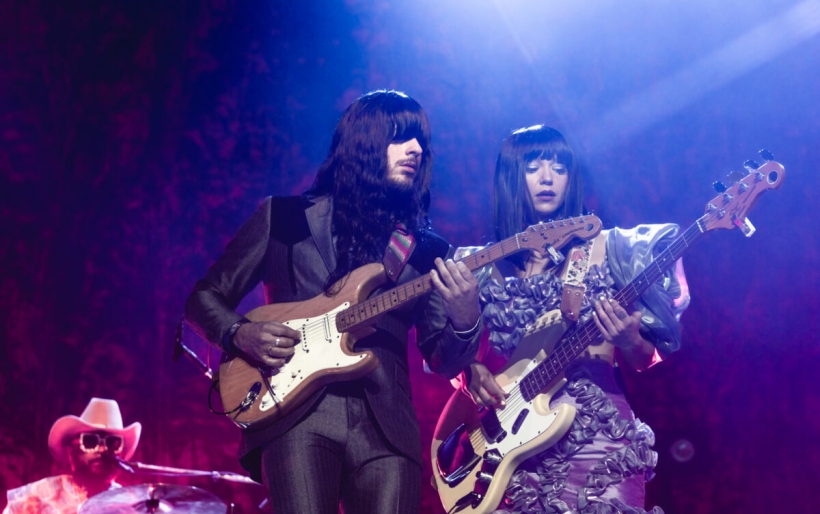 The wordless grooves of Khruangbin move The Met Philly

When Khruangbin hit stage, The Met went ballistic because they knew they were in store for an unforgettable set.

It feels like instrumental artists are slowly but surely getting recognition. Unlike rappers, singers and poets, most of them don’t speak much. Their words come from whatever instrument is in their hand and best believe when that instrument speaks the crowd definitely listens. Those who attend Funkitorium’s guitarist Zavetis’ Mixed Bag at Leda & The Swan every Tuesday are always tuned into the different musicians who come together to rock out with one another. You can see a line of people waiting to get into Time to see the variety of musicians jam with Grammy winning drummer Treway Lambert. Even in West Philly you might find yourself captured by the sounds of the all-woman band Black Canvas at Bayou Lounge. Being surrounded by the local musicians in Philadelphia make it hard to not appreciate live music. So when Houston’s own Khruangbin decides to come and jam at The Met on North Broad Street on Saturday, the citizens of brotherly love lost their damn mind from enjoyment of hearing the phenomenal music made by the instrumental trio.

It’s safe to say that everyone here at WXPN, including myself, are HUGE fans of bass player Laura Lee, guitarist Mark Speer and drummer Donald Ray “DJ” Johnson Jr., better known as Khruangbin. XPN has been fans of them since covering their show at the TLA in 2017, and since then the Houston musical trio has received nothing but love: show coverage, a live studio sessions, and even being named artist to watch for June 2020. They’ve become a band that WXPN has had the privilege of watching them grow, and Saturday at The Met during their Casa Surreal tour, it was an honor and a blast to see how much they grown since they opened for Chicano Batman on South Street.

The night started off with London’s own Nubya Garcia. She came out wearing an all-black dress and a black hat to go on top of her braids while the brim covered her eyes, reminding me of an outfit Beyonce wore in her “Formation” video. With the assistance of drummer Sam Jones, keyboard player Jahari Stampley, cello player Lawrence Shaw along with her saxophone, Nubya was able to win the ears of North Philadelphia with her jazz styles. Like a Bleek Gilliam from the Spike Lee joint Mo Better Blues, the young saxophonist let her instrument do a majority of the talking. Hearing the voice of Nubya’s horn sing songs like “Source,” “The Message,” “Before Us: In Demerara & Caura” and “Pace,” won the hearts of the crowd and gained her new fans of her albums Lost Kingdoms and SOURCE. 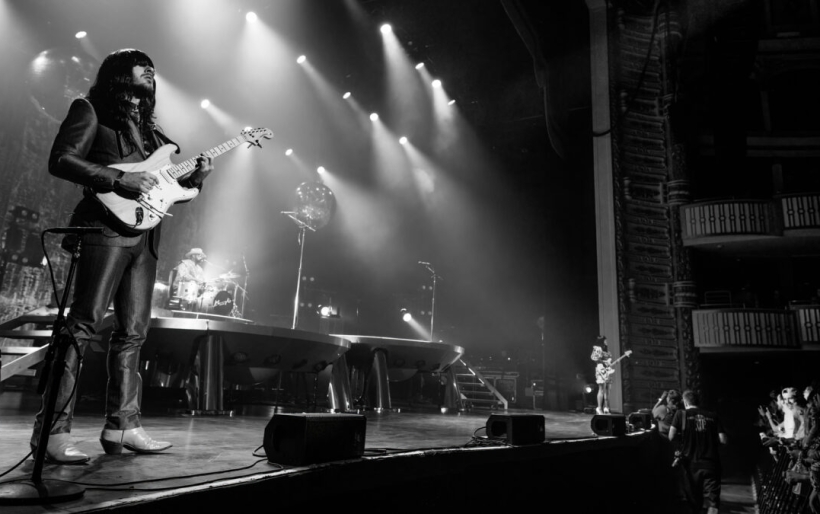 When Khruangbin hit stage, The Met went ballistic because they knew they were in store for an unforgettable set. The crowd was impressed with the phenomenal musicianship skills that Laura, Mark, and DJ displayed as they performed fan favorites from their catalog like “August Twelve,” “Lady and The Man,” and “So We Won’t Forget.” The soulful trippy melody plus the lighting on the stage changing colors during each song that was played made it seem as if Khruangbin’s show was like a musical lava lamp. The scene in The Met looked like Khruangbin had brought a funk to Woodstock that got the crowd on groovy trip and kept them dancing all night. There were security guards who had never heard or seen Khruangbin before that couldn’t help but dance during their set. The way all three of them smoothly and effortlessly transition to different songs during their set was insanely impressive. While Khruangbin kept the crowd entertained with their own music, they decided to take this party to another level by covering some of theirs and our favorite songs from other artists.

One of highlights of the night was watching the indie rock band taking time to show their love for hip hop music by playing classic hits such as “Nuthin But A G Thang,” “Got Your Money,” “Electric Relaxation,” and “Get Money.” However when the lights turned blue and the melodies slowed down is when things got crazy. Not only did they perform their cover of Kool and The Gang’s timeless “Summer Madness” but the went into playing “Acsension” by Maxwell in the middle of it. Not sure how they did it, but it was one of the most beautiful things to witness and hear. 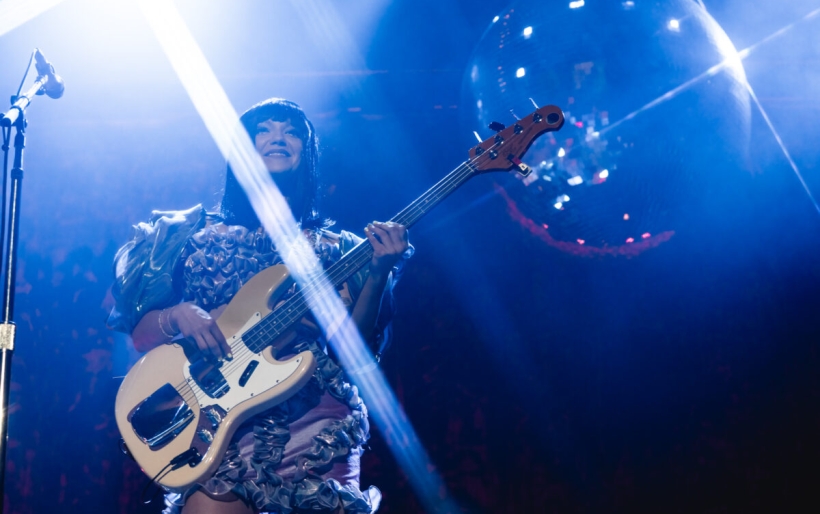 They decided to turn up for their final song of the night and rocked out to “Maria También,” or so the crowd thought. The three musicians came back on stage for an encore and performed “Friday Morning,” “Time (You and I),” and “People Everywhere (Still Alive).”

Throughout the entire night, the Texas musical trio was too slick behind the bass, guitar and drums. The way Laura and Mark’s chords dance with one another over the rhythm of the beat from DJ’s percussion spectacular. WXPN and Philadelphia were honored to see how far Khruangbin has grown over the past five years and was blown away by the sounds of the instruments without the use of many words.

Below, check out a gallery of photographs as well as fan video of the concert.