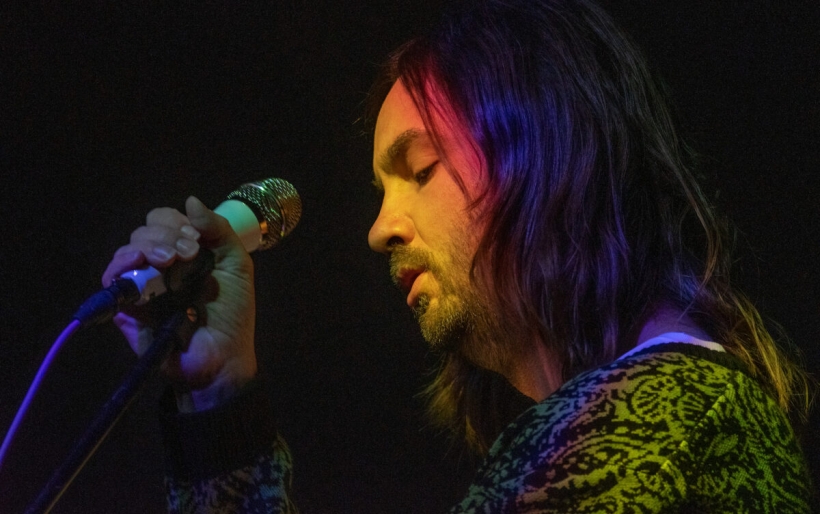 As the house lights came down, an infomercial rolled on the big backdrop screen, as a “representative” from the fictional company AionWell® L.T.d. introduced its new fake drug, “Rushium.” “Be advised that Rushium’s effects range from a minor expansion to large time collapses staged within memory and the effective present.” One didn’t need any real “experimental therapy treatment in liquid or pill form” to witness the next two fantastic two hours of mind expanding sounds and lights. 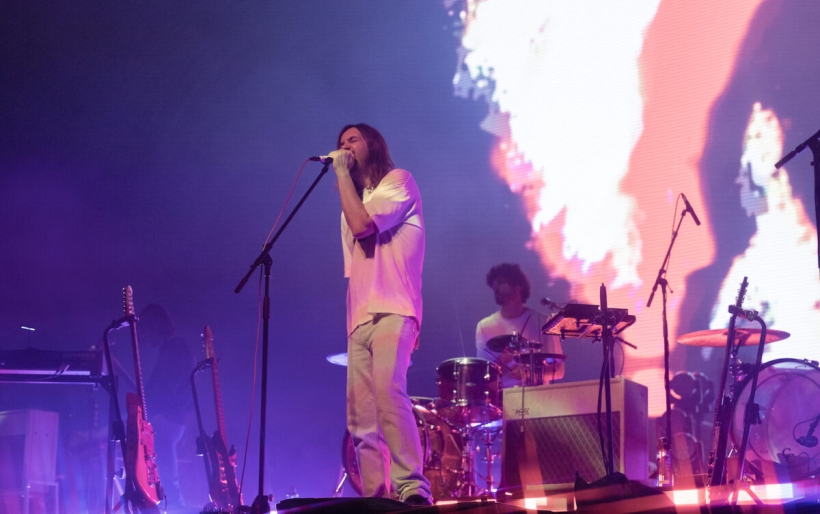 Against the big screen back drop of psychedelic visuals the six-piece delivered a healthy dose of songs from 2020’s The Slow Rush, as well as 2012’s Lonerism, and 2015’s Currents. While Parker and his songs are soaring stars of the show, the concert’s visuals were a close second. As much as a studio whiz Kevin Parker is, the light show added dynamics to the songs, heightening the emotional impact of the material. During “Elephant,” lasers danced playfully along to the galloping beats of the song. The mid-set sequence of “Apocalypse Dreams,” “Let It Happen” and “Feels Like It Always Goes Backwards” was exquisitely trippy, and showcased the band at its highest powers.

Tame Impala have been one of the best live rock and roll bands, particularly as they’ve grown into larger rooms and festivals over the last six years. Their show at the Wells Fargo Center confirmed their still growing-in-popularity status has no limits.