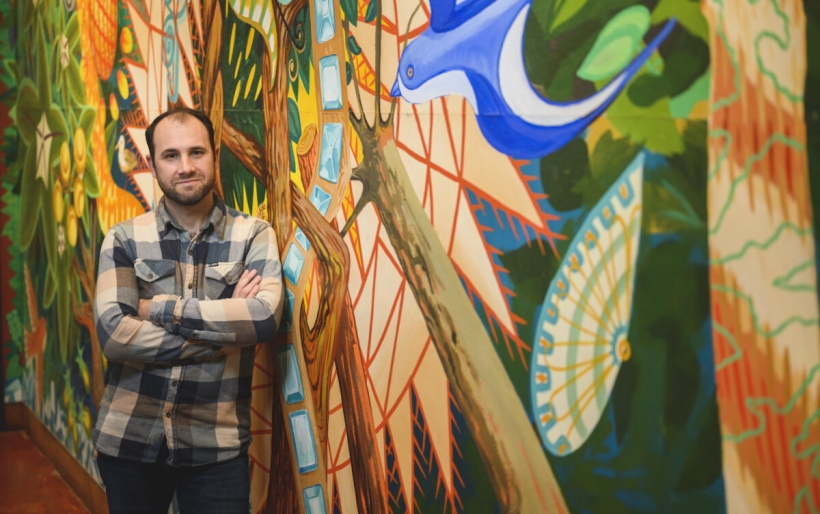 Mike Vasilikos is named WXPN’s new midday host; here are four things to know about him

Allow us to reintroduce Mike V: lifelong music lover, radio fanatic, someone who will introduce you to your new favorite band, geek out about the classics with you, and our new permanent midday host.

WXPN’s new midday host is a very familiar voice to regular listeners: Mike Vasilikos, who has been filling in weekdays from 10 a.m. to 2 p.m. since last August, will permanently step into the airshift, the station is happy to announce today.

In addition to hosting the Monday night New Music Show, and acting as a fill-in host across the board, Vasilikos — who came to XPN in 2008 from WTMD in Baltimore — is a clutch behind-the-scenes player at the station, collaborating with our on-air team and playing a key role in our special programming features, from Throwback Thursday to the station’s annual countdowns, including the recent 2,021 Greatest Albums of All Time from December of last year.

So allow us to reintroduce Mike V: lifelong music lover, radio fanatic, Long Island native and Yankees fan (but let’s not hold that against him), someone who will introduce you to your new favorite band, geek out about the classics with you, and maybe — just maybe — will sing and dance if the spirit moves him. A story Mike shared:

“I remember when I was 15 and my mom took me to Video Quest to buy tickets for the summer concert series at Jones Beach. We were second in line and scored tickets to see Dave Matthews Band and Ben Harper. I was over the moon excited and immediately started to rattle off who I was going to invite to go to the show. That’s when my mom reminded me that she bought the tickets and we were “going as a family”. Fast forward to June 9th, 1996 and every kid from my high school, plus me, mom, dad and my younger sister were ready for this sold out show. Things got awkward (as if they weren’t already) when the kid sitting next to me politely asked if I wanted to join him in, well, smoking whatever it was he was smoking. Given the circumstance, I decided to pass. But once the bands took the stage and the music started, something changed. I was captivated. Maybe it was a contact high, but I sang, I danced, I actually had fun. And in a many ways I’ve been chasing the excitement of live music ever since. People always ask me “what’s the best concert you’ve ever been to?”. And while there have been “better” shows, nothing has every really matched this one for me. Thanks, Mom!”

For more on Mike, we asked him to share a few fun facts as he steps into his new role at WXPN.

Currently Listening To: Kevin Morby’s “This Is A Photograph” – new single is great!

Another Random Fact: If we’re talking “random” – as I was leaving work one day, a car flagged me down outside World Café Live.  There were two guys in the car and they were trying to find a parking spot (go figure!).  As I looked at the driver I realized I recognized him.  It was JB Smoove from “Curb Your Enthusiasm”.  I’m a HUGE Seinfeld / Curb fan, so I told him to follow me and gave JB my parking spot.  My good deed for the day!

See what else is in Mike’s #nowplaying queue by subscribing to his XPN Best New Music playlist, or listening below.