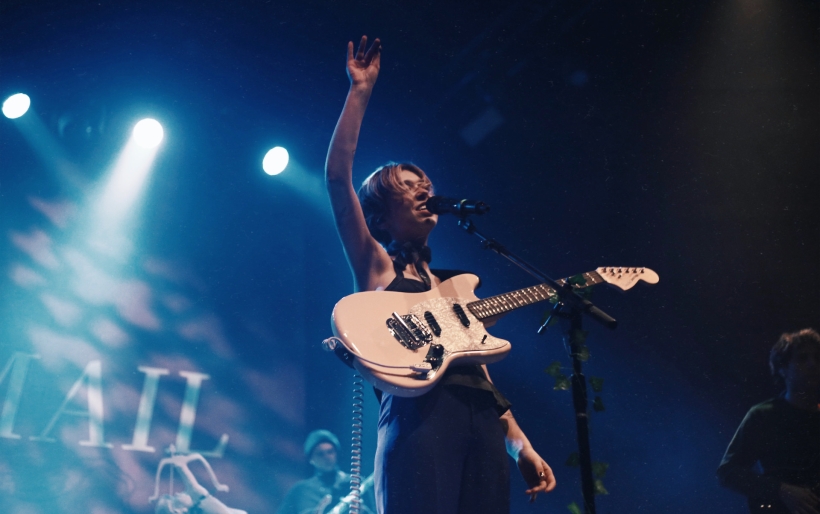 On Tuesday night, Snail Mail finally kicked off the first night of their 2022 tour in Philadelphia with a captivating performance.

Despite releasing their acclaimed second LP Valentine last year, it’s been a bumpy rollout for Snail Mail. The band was forced to reschedule their tour when singer Lindsey Jordan underwent vocal cord surgery last year, and then Omicron sent shock waves through the industry once again this winter. On Tuesday night, Snail Mail finally kicked off the first night of their 2022 tour with a captivating performance at Union Transfer, accompanied by Philly locals Joy Again to open the show.

The first time I saw Joy Again perform was at a basement show in 2016. They’ve come a long way since then, and I felt a sense of pride and contentment at seeing them take up space onstage at Union Transfer.

“This is the first time we’ve played in Philly in two years,” said singer and guitarist Sachi DiSerafino. “Philly gets a bad rap because nobody moves. We’ve got to prove Lindsey wrong and dance!” 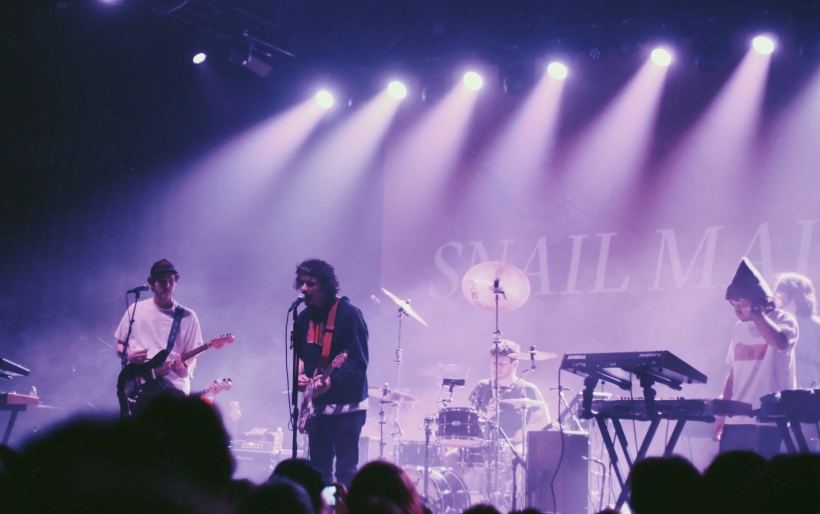 It’s impossible to stand still to their music. Joy Again is buoyant, sweet, and goofy, their songs upbeat and noisy. The lyrics are strikingly self-destructive at times, the monologue of someone internally spiraling out but hiding it behind a smile. They opened with “I’m Your Dog,” and pulled out classics like “Kim” and the song that went viral on TikTok last year, “Looking Out For You.” Arthur Shea performed “Woof Woof” from his solo project ARTHUR, warping his voice like a slowed tape.

Halfway through the set, they got everyone to chime in and sing “Happy Birthday” for a friend, passing a cake and forks through the crowd. Then, the band launched into a cover of Lit’s “My Own Worst Enemy.” You can bet that finally got even the most reluctant in the crowd dancing.

For Snail Mail’s set, the stage was decorated with a cherubic statue of cupid, poised with a bow and arrow and wreathed in ivy. Hearts floated onscreen in the vein of the album art for Valentine. Snail Mail strode onstage to the opening bars of the 1979 Madleen Kane song “You and I,” met by raucous cheering. Lindsey Jordan whipped off her blazer to reveal a wide-legged indigo jumpsuit and a silk scarf tied around her neck. 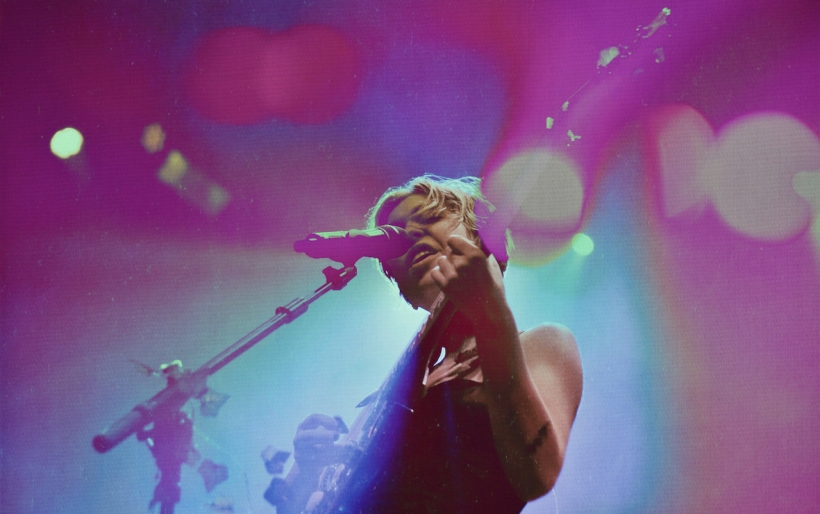 They opened with the vulnerable “Valentine,” Jordan wailing the surging chorus “So why’d you wanna erase me, darling valentine?” Every lyric was heart-swellingly vulnerable, the confessions of an unlucky romantic. Snail Mail pulled primarily from sophomore album Lush, playing classics like “Speaking Terms,” “Pristine,” and “Heat Wave.” They even covered the Smashing Pumpkins’ “Tonight, Tonight,” Jordan admitting, “We don’t have that many songs.”

“I had surgery and was totally silent for a month,” Jordan said during the set. “I was in the hospital doing speech therapy. This is the first show of the tour, it feels good to be here.”

You wouldn’t be able to tell from the way she sang — Jordan’s voice rang out clear as glass, hitting every note with effortless ease. During an acoustic song, she asked the sound person to turn her down, as if intimidated by the sound of her own voice filling the room without the security of a full band. Yet she has an inarguable charisma, completely enrapturing an audience. Every silent moment between songs was filled by fans screaming out and professing their love for Jordan, someone even waving a pride flag from the balcony. The love in the room was tangible—for Jordan, for Snail Mail, for the ability to finally sing and dance next to a stranger without fear.