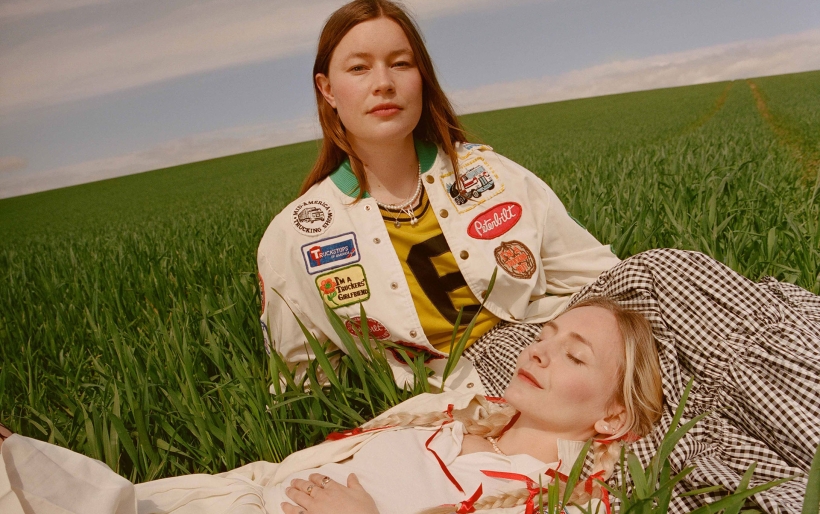 Wet Leg, Father John Misty, Lucius, The Linda Lindas and more have new music for you to spend the weekend with.

The perfect end to this rainy week in Philadelphia is a mammoth deluge of new albums! At long last, XPN Artist to Watch Wet Leg release their self-titled debut, and it’s everything you could hope for from the effervescent indie duo. On his ambitious fifth album, Chloë and the Next 20th Century, Father John Misty re-emerges with a sweeping new sound. After years as the go-to backing vocalists for Brandi Carlile and The War on Drugs, Lucius step back into the glimmering spotlight on the Carlile-produced Second Nature. The first of two records he’ll release this year, Fear of the Dawn is an exhilarating and unpredictable comeback from Jack White.

Teen (and pre-teen) punks The Linda Lindas make their bottle rocket of a debut with Growing Up. On This is for the Barbarians, Philly favorite Mondo Cozmo channels a mixture of big beat and Madchester rhythms. Songwriter/poet Kae Tempest is joined by Lianne La Havas and Grian Chatten of Fontaines D.C. on their fourth solo album, The Line is a Curve. Iconic mysterioso Orville Peck expands his noir-country style on his long-awaited second LP, Bronco. PRESS PLAY on these new releases (and so, so many more) below…

Lucius – Second Nature
CHECK OUT: “Next to Normal” “Dance Around It (feat. Brandi Carlile & Sheryl Crow)”

The Linda Lindas – Growing Up
CHECK OUT: “Oh!” “Talking to Myself”

Mondo Cozmo – This is for the Barbarians
CHECK OUT: “Feel Good” “Meant for Livin’”