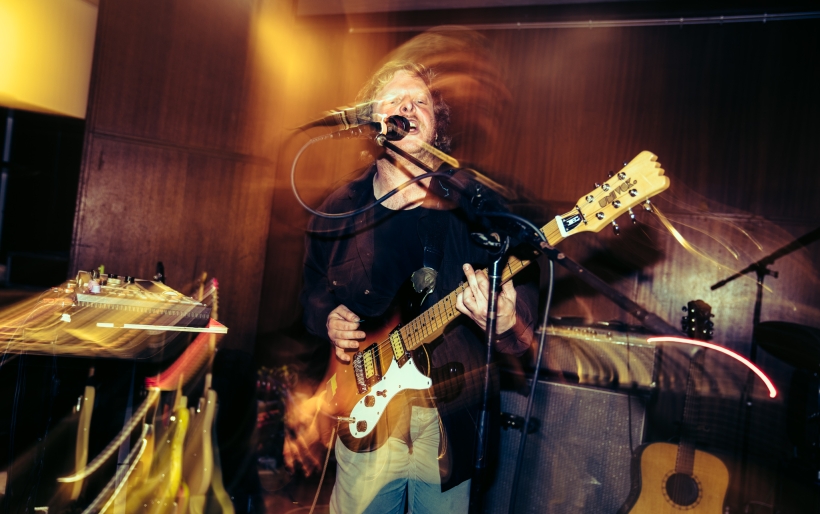 Spirit of the Beehive | photo by Skylar Watkins for WXPN

Spirit of the Beehive’s music moves from melodic and comforting to disorienting and unsettling in the blink of an eye, and their hometown show at the Church followed suit.

On Saturday night, trippy Philly collective Spirit of the Beehive played a sold out hometown show in the basement of the First Unitarian Church. This was their penultimate show of a 41-day tour across the country, and their first hometown headliner since the release of their 2021 album ENTERTAINMENT, DEATH — and for that matter, since the last time they played the Church basement in 2018. We previously saw them play opening sets Philly Music Fest with Alex G, and Union Transfer with Japanese Breakfast, but a show where Spirit is the main draw is a unique experience in itself.

Chicago natives Deeper opened the night up. The four-piece band has two full length albums out: a self titled album and their latest, Auto-Pain. (I won a copy of the Auto-Pain vinyl in an Instagram giveaway of a collection of miscellaneous albums last year and was pleasantly surprised by how awesome it was.) The new album was inspired by Aldous Huxley’s novel Brave New World, something singer-guitarist Nic Ghol told the Church crowd. “They have soma, which makes you feel nothing, but auto-pain makes you feel everything. Let’s feel everything and see what happens at the end of it.” 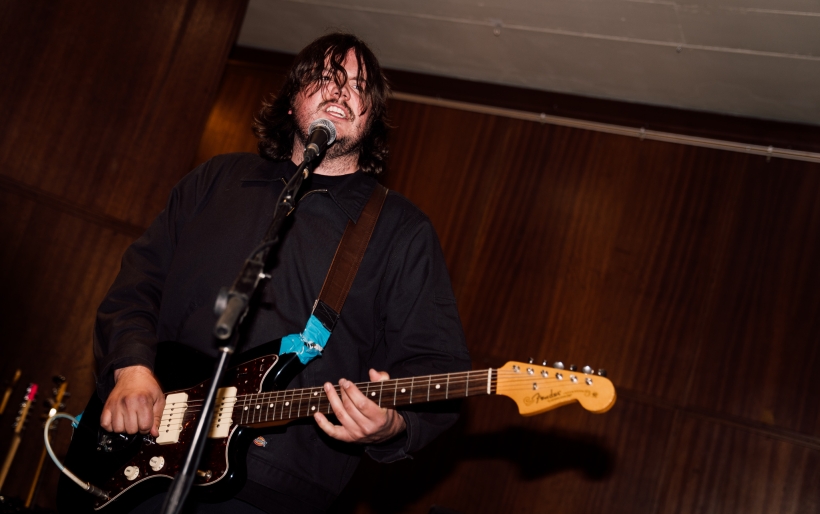 By the time Spirit of the Beehive came on, The Church was packed from wall to wall. They played a mix of songs from the “new” album like “WRONG CIRCLE” and “THE SERVER IS IMMERSED,” as well as older favorites like the set-closing “fell asleep with a vision” from 2018’s Hypnic Jerks. Spirit of the Beehive is a band that can truly captivate every single person in a room. Even when their music comes up on my Spotify playlists, it’s hard to focus on anything else; it goes from melodic and comforting to disorienting and unsettling in the blink of an eye. ENTERTAINMENT, DEATH is an album that lives in a world of its own. If you asked me to compare it to anything else, I genuinely wouldn’t be able to. Its originality is inspiring. 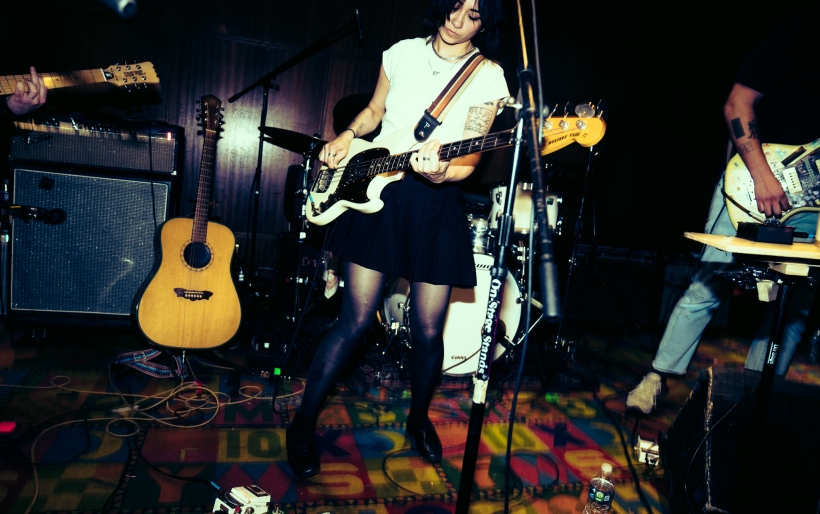 Spirit of the Beehive | photo by Skylar Watkins for WXPN

If you missed the show, be prepared to have FOMO because the band stated this would probably be their only Philly show of the year. But check out a gallery of photos below, and remember — there’s always next year!