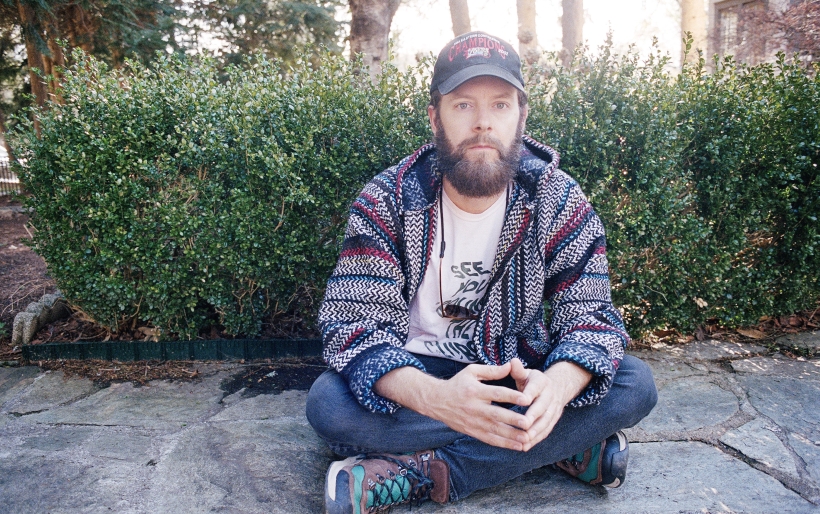 Bassist and producer Dave Hartley of The War On Drugs announces new experimental dream pop record Moonshine from his solo project Nightlands. Listen to the title track now, ahead of the July 15th release date for the full album.

“This was never intended to be an overtly political record,” Hartley says in a press statement. “But I often find myself just consumed with anger [over current events]. I decided to just let that come out, and it manifested itself lyrically.” Listeners could be forgiven for almost missing the frustration in Hartley’s sparse-but-grand compositions, if not for the harsh juxtaposition he makes with the anthem “America the Beautiful” and events of mass shootings referenced on the title track. Nightlands’ meditative sounds and grim lyrics demand repeat listens in order to reconcile them, but they make a striking statement.

Listen to “Moonshine” below alongside a film produced by Daniel Fox and Ray Lynch. You can preorder the record here.