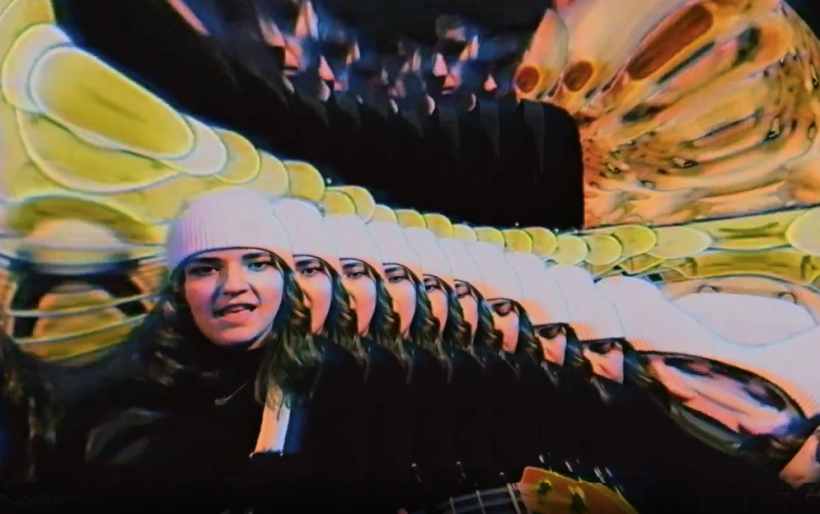 So Totally’s dazzling new “Baby Step To Revenge” is a single that “checks off a few firsts for us,” the band shares.

Shoegaze-inspired Philly four-piece So Totally made a big impression with 2019’s in the shape of…, and thankfully have made it to this side of the great pandemic divide, sharing their first new music in two years.

The dazzling new “Baby Step To Revenge” is a single that “checks off a few firsts for us,” the band writes on Instagram. “…first full studio recording thanks to @erikkaseromero for engineering, producing, & mixing this song. And first music video…thanks to visual mastermind @jb.mov for animating and editing.”

That visual mastermind is Joe Beblavy, and he sets the drifting song to footage of a skeleton adrift in a protoplasmic sea, doubling and tripling, and morphing into footage of So Totally’s bandmates — guitarists Roya Weidman and Matt Arbiz, bassist Ryan Wildsmith, drummer Joe McLaughlin — playing in a prismatic loop. It’s a trippy musical memento mori, and you can watch it below. The band just wrapped up a short run of dates with post-rock outfit El Ten Eleven, but keep an eye on their IG for new announcements, and download “Baby Step To Revenge” at Bandcamp.