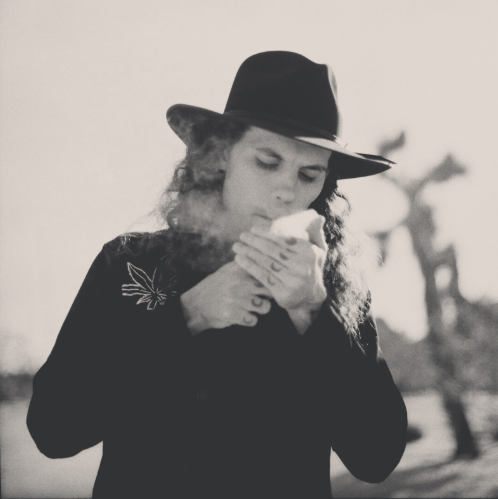 Roger Harvey | courtesy of the artist

Today, on the fringe holiday 4/20, country singer-songwriter Roger Harvey shared two songs to benefit The Last Prisoner Project, a non-profit dedicated to cannabis criminal justice reform. All proceeds from Bandcamp and streaming royalties for the songs will be donated to The Last Prisoner, whose mission is to free everyone in the United States incarcerated for cannabis charges.

In Harvey’s song “Last Prisoner,” he tells the story of a hard-working, small-towner in Texas who plants cannabis in his backyard and is arrested. Harvey sings, “Outside these walls it’s being bought and sold / and the line goes ‘round the block / But inside these walls there’s nothing I can do.” “Last Prisoner” and its visualizer point out how the industrialization of marijuana is causing producers to get rich while predominantly black and brown people continue to serve time for a decriminalized substance. Mickey Raphael of Willie Nelson’s band is featured on the harmonica.

The second of two singles, “What A Weird Hill To Die On” is a satirical retelling of a “Trumper” at the January 2021 insurrection at the Capitol building. XPN first heard this song in 2020, but since then it’s been re-recorded when Harvey was on tour in Nashville. Read the original review here, and watch the video for “Last Prisoner” below.