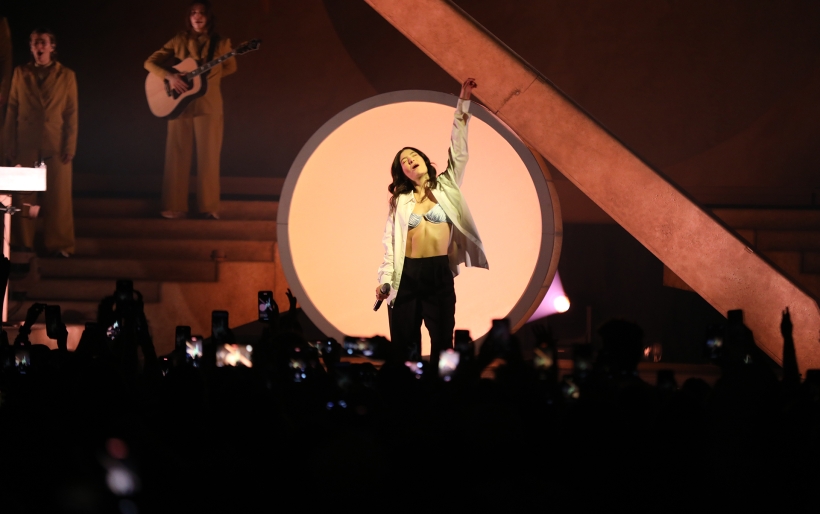 Reconnecting with the past while remaining rooted in the present was the big theme of the night when Lorde played an intimate concert at The Met Philly.
By John Vettese
April 21, 2022
04:04 PM
Share

“I did not know you would be this much of a vibe, Philly,” said Lorde last night at The Met, a third of the way into an extremely sold-out, intimate, and energized concert. “This is cool.”

The room was at once screaming and collectively catching its breath after letting loose and moving around to the escalating beat of “Ribs” from 2013’s Pure Heroine. Heading into the song, the New Zealand-rooted alternative pop singer reminded the crowd that she was 15 when she wrote it, asked them to dance for their own 15-year-old selves, and the room gladly obliged, making for the first of many massive highs at the show.

Reconnecting with the past while remaining rooted in the present was, in a way, the big theme of the night. Lorde’s 2022 album Solar Power harnesses the recurring metaphor of the sun, not just as a source of light and positive energy, but a reminder that time passes — something underscored by the show’s elaborate sundial-shaped staging — and that people change over time, and it’s neither good nor bad, but simply is.

Those ideas show up in lyrics, like the tender “Stoned At The Nail Salon” (which received an appropriate-for-4/20 placement towards the top of the set) — “all the music you loved at sixteen, you’ll grow out of / and all the times they will change, it’ll all come around.” It’s evident in the aesthetic of Lorde’s discography as well — the icy minimalism of Pure Heroine; the witchy trance of 2017’s Melodrama. And now, having traveled through heartbreak and hedonism and their associated stylistic trappings, Lorde has led us to a place of warmth on Solar Power. 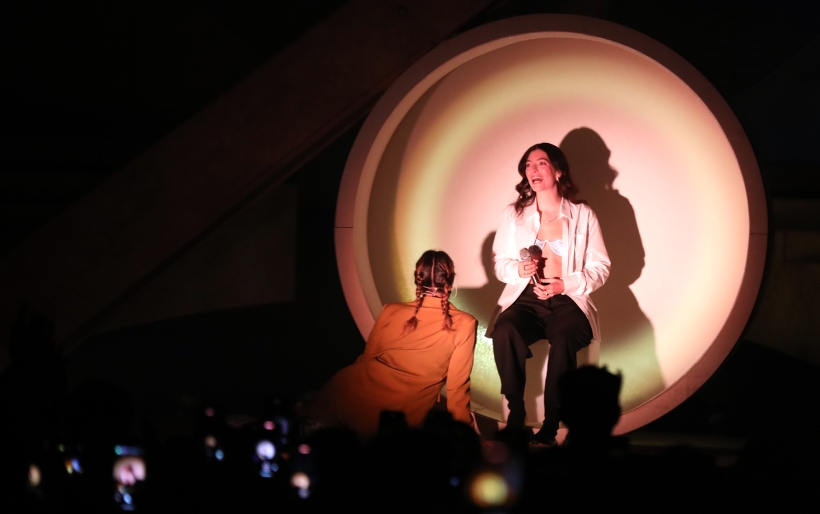 I say “us” because Lorde, in her storytelling banter, very much hammered home this sense of connection and intimacy with her fans last night, as she played a much smaller venue than she’d normally play (her last Philly gig being at Wells Fargo Center). Part of it was staged sentiment, for sure (“I see so many familiar faces!”), but part was an honest reflection on her own personal journey, and its parallels to the journeys of those who connected with her music.

“Think about who you were when you first met me,” she told the crowd. “You were a different person. Raw, looser. Together we have grown so much.” She spoke of the sadness and vulnerability of her early records, and then “I go away. I figure shit out, I spend a lot of time at the beach. And I bring it back, and you’re so generous how you take it and make it your own.”

The pacing of the show followed a dynamic rise, and fall, and rise again — the setlist was frontloaded with blissed-out ballads and meditative numbers (the Tori Amos-esque “California” from Solar Power) and stripped-down reworkings of songs that have a different pulse in their studio form (solo piano versions of “Liability” and “Loveless” from Melodrama, the latter of which was punctuated by the crowd screaming along to spell out the song title letter-for-letter). 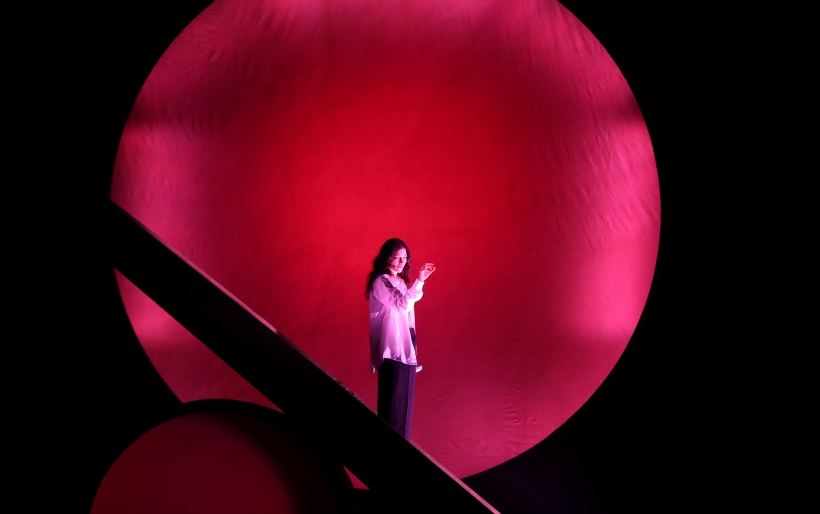 But as the setlist transitioned from reflective moments to pop bangers, it became clear that the point here wasn’t to further the distance from our past selves, looking back from an older/wiser perspective, but to remember that past selves knew exactly what the hell they were talking about and feeling in their moment in time, and that’s valid and should be celebrated. The immense energy of “Supercut” was a sweeping feeling of wistful joy; Lorde and her six-piece band (three guitars, bass, keys, drums) barely paused before the radiant hope of “Perfect Places” dropped — another reminder of sorts, this one indicating that maybe Melodrama‘s not as dark of a record as I remember.

“Philly, you are officially our loudest-singing crowd on this tour,” Lorde said, before bringing the show to its euphoric finale, blasting confetti from the rafters to “Solar Power,” racing to a close with “Green Light,” following the denouement out on “Oceanic Feeling,” and shutting the night down with a three-song encore from Pure Heroine: “400 Lux,” “Royals,” and “Team.” The moral of the story? Embrace change, but love who you were as much as who you are. 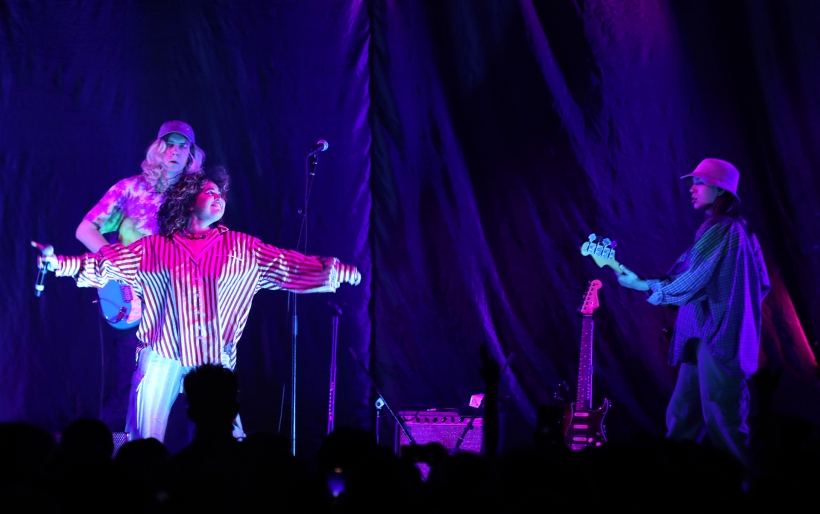 The night opened up with a short but charismatic set by stylish alt-pop singer-songwriter Remi Wolf, who maybe didn’t display the exact energy she brought to Philly a couple months ago at a sold-out Union Transfer, but nevertheless made a formidable impression with sassy, stream-of-consciousness, and often comical dance songs. The Palo Alto, California native got the night going on a super fun note, particularly the set-closing “Photo ID,” punctuated by high kicks and dance-offs with her bandmates, not to mention the earlybirds in the front of The Met’s GA floor.

Check out a full gallery of photos from the concert below; Lorde’s Solar Power tour continues tomorrow night with two nights at the Chicago Theatre, full dates can be found here.